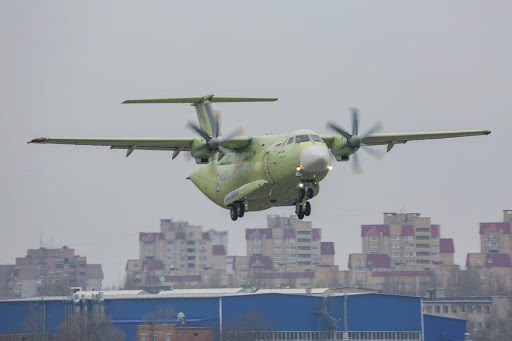 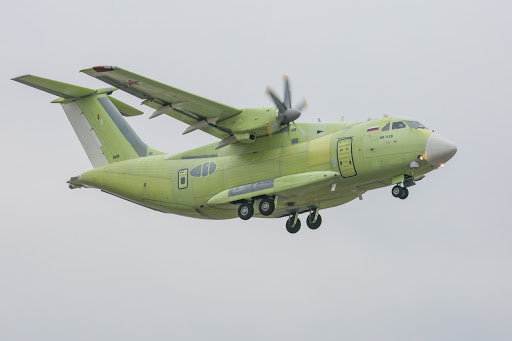 India, April , 2019:  Russian State Corporation Rostec is implementing the project of building the country’s first transport aircraft - Il-112V. The components and assemblies of the new plane, built by Rostec’s organizations, successfully performed during the first flight of the plane. The first prototype of Il-112V, built by United Aircraft Corporation (UAC), took to the air in Voronezh on March 30.

In the long run Il-112V will replace the aging fleet of An-26 aircraft, providing double the transport efficiency when compared to the older planes. The new aircraft will also become a significant competitor with analogous planes in the global market.

All components of Il-112V are made in Russia. It is equipped with modern TV7-117ST turboprop engines designed and produced by United Engine Corporation (UEC) and has a maximum take-off power output of 3100 hp. These engines are distinguished by their modularity and efficient fuel consumption, having some of the best parameters within its class. In addition, the Radio-Electronic Technologies Concern KRET is implementing an automatic control system and Technodinamika holding company has designed the plane’s landing gear, hydraulics and power supply systems.

“One of the key advantages of Il-112V is the possibility to operate on unpaved runways. The plane can be used in very difficult conditions, such as high-altitude airfields and extremely low temperatures”, pointed out Anatoly Serdyukov, the Director of Rostec’s Aviation Cluster. “The predicted transformation of route networks and aerial transport structures in Asia [including India], China’s increasing efforts to implement the Belt and Road Initiative, as well as increasing air traffic between the countries of Latin America make us confident about the high demand for the Il-112V in both Russia and abroad. In the next 20 years the global demand for this class of aircraft is predicted to be about 450-500 planes.”

The light transport aircraft Il-112V can be used to solve various tasks in the civilian sector. The civilian variant of the plane has been designed to transport a wide range and up to 5 tons of various cargo in commercial use. Cruise speed is 470 km/h and maximum flight range with max load when taking off from an unpaved airfield is 1,200 kilometers.

Rostec continues to carry out its comprehensive program of developing aviation cluster projects in accordance with the Strategy-2025 plan, which aims to develop civil production, improve operational efficiency and reach new international markets until 2025.

Rostec is a Russian state corporation that was established in 2007 to facilitate the development, production and export of high-tech industrial products designed for civilian and military applications. The Corporation comprises over 700 organizations that are currently part of eleven holding companies operating in the military-industrial complex and three holding companies working in civilian industry, as well as over 80 directly managed organizations. Rostec's portfolio includes well-known brands such as AVTOVAZ, KAMAZ, Concern Kalashnikov, Russian Helicopters, UralVagonZavod, etc. Rostec companies are located in 60 constituent entities of the Russian Federation and supply products to the markets of more than 100 countries. In 2017 the consolidated revenue of Rostec reached 1 trillion 589 billion rubles, while the consolidated net income and EBITDA amounted to 121 and 305 billion rubles respectively. According to Rostec's strategy, the main objective of the Corporation is to ensure that Russia has a technological advantage in highly competitive global markets. Rostec's key objectives include the introduction of a new techno-economic paradigm and digitalization of Russian economy.