India vs Pakistan World Cup 2019! What happens if play is called off after twenty(20.0) overs of Pakistani's innings? 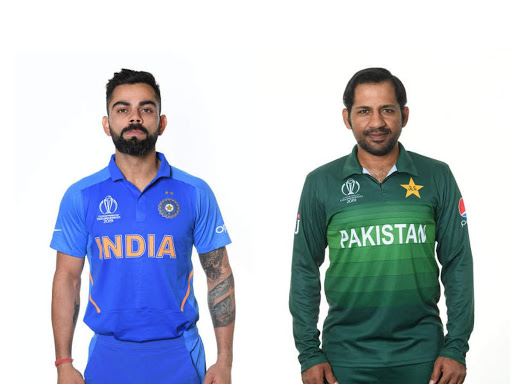 With frequent rain interruptions predicted in Manchester during the 2nd half of the ongoing big-ticket ICC Cricket World Cup clash between India and Pakistan at Old Trafford are on the Duckworth-Lewis-Stern (DLS) calculations.

Pakistan had won the toss in Manchester and decided to send India into bat, keeping in mind the overcast conditions and the forecast for rain during the chase.

Rain has already interrupted play in the India vs Pakistan match at the 2019 Cricket World Cup. Play was halted for nearly an hour after India had crossed 300 at Old Trafford on Sunday. The Pakistan chase was also delayed after another light shower.

More siginificantly, it could rain again in Manchester. The Pakistani innings got underway at 20:00 IST and rain is predicted over the next 90 minutes. 4 matches have already been washed out in the tournament making it the wettest World Cup in history.

Both India and Pakistan have had their matches washed out and undoubtedly both teams would want a full game today.

For a game to have a result, at least 20 overs should have been bowled in the second innings.

So how much do Pakistan need to score in 20 overs if they want to win this contest against India at Old Trafford? Pakistan are chasing 337 off 50 overs and so far there has been no reduction in overs.

However, if rain does stop play after 20 overs and if no more play is possible;

Pakistan need to be 97 for no loss.

However, India survived the new-ball threat from the Pakistan pacers as Rohit Sharma and his opening partner KL Rahul started cautiously, giving enough respect to Mohammad Amir in the first 10 overs. However, Rohit cut loose after settling down and went on to make his second World Cup 2019 hundred. He hit 3 sixes and 14 boundaries during the 117-ball 140.

KL Rahul hit his first World Cup fifty as the India opening duo broke Sachin Tendulkar and Navjot Sidhu's 23-year-old record (90) for the highest opening stand in World Cups vs Pakistan by stitching 136. Virat Kohli chipped in with a 62-ball 77 before his bizarre dismissal.

Rain interrupted the Indian innings in the 47th over and following a break of close to 1 hour, India resumed their batting. Kohli fell to a Mohammad Amir bouncer immediately after the resumption but India managed to post a challenging total of 337 for 5 in 50 overs.