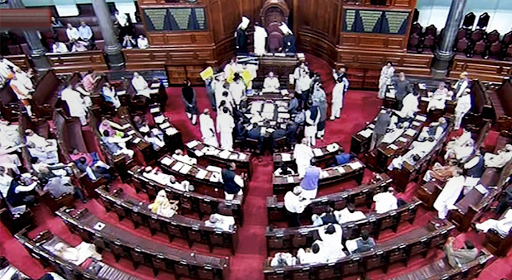 There were 99 votes in favour of the Triple Talaq Bill in Rajya Sabha and 84 MPs voted against it.

It was a historic Tuesday in Rajya Sabha with the Triple Talaq Bill, passed already by Lok Sabha, getting the nod from 99 MPs in the Upper House of Parliament. There were 84 votes against it.

Union Law Minister Ravi Shankar Prasad tabled the Bill earlier on Tuesday. Opposition to the Bill was led by Congress veteran Ghulam Nabi Azad but Prasad maintained his stoic defence of it.

The move to criminalise Triple Talaq has come quite a fair distance since being declared unconstitutional by the Supreme Court in the Shayara Bano case of 2017. The NDA government in both its terms led a spirited argument in favour of punishment to anyone who indulges in the practice. Interestingly, Triple Talaq is already illegal in many Muslim countries including Saudi Arabia, Pakistan and Bangladesh.