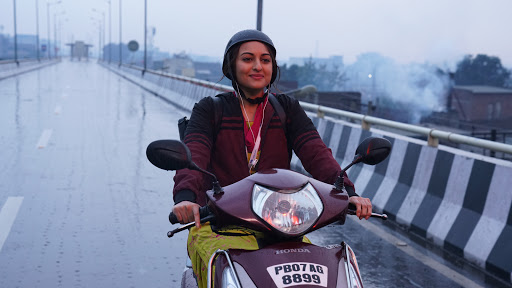 Sonakshi Sinha has always been one of the rare actresses who has taken up challenging and roles that very rarely main stream actress will take on.

In her next film Khandaani Shafakhana, Sonakshi  will be seen esaaying the role of  Baby Bedi who inherits a sex clinic.   This is the first time that a female is playing the role of a protagonist in a film that talks about the taboos of sex and the problems related to it.

Sonakshi is not only receiving appreciation from her female fans for taking up this issue but also a lot of male fans too have reached out to the actress via social media lauding her for her bold choice of films' and being one of the first Bollywood actresses to take up such a role.

Taking about the same Sonakshi says, "I have always believed in doing roles that are challenging and films' that I would like to watch as an audience. The kind of response that I have been receiving for my fans, especially boys is quite surprising in a good way. I hope we can make some difference in the society through our film."