'No Bill, No Payment' system adopted by Indian Railways 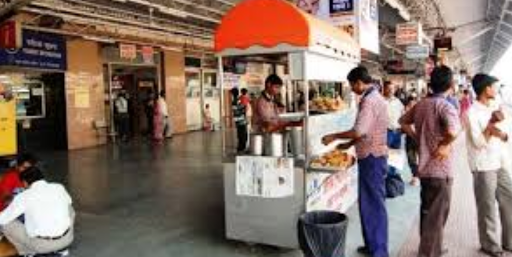 Indian Railways has adopted a stern policy, which works on with the motto, 'No Bill, No Payment' model. Railway Minister, Piyush Goyal on Thursday tweeted about the policy and explained that the customers are not required to pay for the items bought on trains or stations, if they do not get bills for the same. 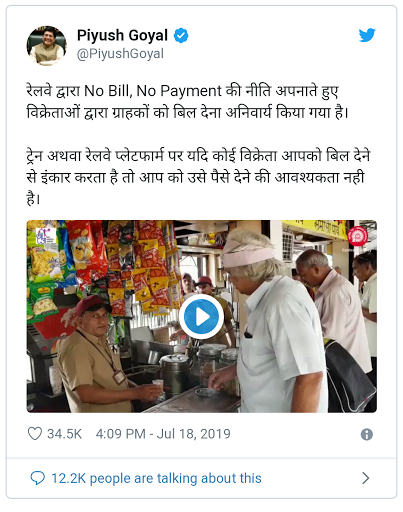 Goyal said, ''It has been made mandatory for the vendors to pay the bills to customers as Indian Railways has adopted the policy of 'No Bill, No Payment'. If a seller refuses to pay you a bill on a train or a railway platform, you need not pay him.''

In order to increase transparency and curb black money, this is a welcome step from Railways. It will allow the travellers to purchase the items with proper billing, which will boost transparency in tax payments by vendors on stations or trains.

The step will also eradicate the problem of overpricing in trains and stations, where sellers charge higher prices from customers. With a mandatory bill, no seller will be able to sell fake or duplicate items on Indian Railways platforms and trains.

Goyal has taken number of steps for the development of the Indian Railways, from raising number of CCTVs, women recruits in RPF to getting clearance for new railway lines to various regions - all to ensure Railways passengers get relief.