Uthenge Hum | We Will rise

New Delhi, 6 June 2020: Since 24th March, India has been under the biggest lockdown anywhere in the world. The past 9 weeks saw streets, silent villages, shuttered shops, factories and schools, offices and malls all shut down in response to an invisible threat. The effects to lives were massive but have been largely missed by Indians as they were captive inside their homes.

This is an extraordinary time in India’s history, one that must be documented for present and future generations. In the times to come when we look back we must as a nation be able to know and understand how their nation of 1.3 billion came to a complete halt, in the face of an unprecedented pandemic in the modern era. 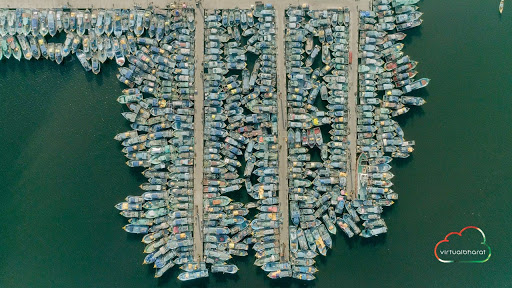 How the vision was brought alive

While all Indians stayed in lockdown, filmmaker Bharatbala and a devoted team of 117, comprising of about 15 film crews, set out to capture the unseen visuals of our nationwide lockdown.

The crews filmed the lockdown across 14 states, covering thousands of kilometres, to document this exceptional time in human history. The film spans the extents of the country, from Kashmir to Kerala, Gujarat to Assam, Lucknow to Spiti, Dharavi in Mumbai to the Red Fort in the national capital.

A master control room was set up in Mumbai, with a team working round the clock, coordinating with all the crews from across the country. The on-ground crews would be directed live by director Bharatbala himself, confirming the shots and frames with instructions via video call or WhatsApp video. Technology played a key role in this nationwide project brought to life through remote filming.

The Govt. of India, Local and State authorities provided immense support in providing free access to bring together this national endeavour.

The result is Uthenge Hum (We Will Rise), an important 4-minute film that captures the nation in lockdown. The situations the crews encountered and filmed are mesmerizing. The human story that has unfolded through their camera journeys and deeply moving visuals, is one that has echoed across demographics. Bharatbala unerring eye and pulse for the country captures an overwhelming stillness, a desolation even in the most stunning vistas that we see.

But underlying this desolation is that sliver of hope, the spirit of Uthenge Hum -- a tribute to this nation of vastness, of power and presence, and of scale. The thread of resilience of a country that must move again. As the country moves ahead from this period of lockdown, India will slowly get back to life and go forth into an uncertain future. But people will remember this time and their collective human experience in the face of this historical time. We must never forget.

Bharatbala re-imagines India for every generation. His celebration of the nation’s intangible wealth in his iconic projects like Vande Mataram, Jana Gana Mana (both with A.R. Rahman), Incredible India, and many others, have captured our imaginations. He helps craft new emotions this country embraces.

Uthenge Hum is Bharatbala’s call, for India to rise once again. Every Indian must watch the film...our unbelievable story. It is the collective effort of a large number of people who have risked their lives in a difficult time to bring together this piece of work.

Seema Biswas, the acclaimed film and theatre actress, is the voice of the film. It is her belief in the vision of Uthenge Hum that bolsters the film with the emotion and push needed, to ask every Indian to RISE. Bharatbala urges everyone to join them in their efforts to bring this film to every Indian.

As a special thank you for your efforts in helping us take this film to wider audiences, a copy of the master film is being shared for free distribution for a week, on both broadcast and digital, from 06th June - 13th June 2020. In addition, a YouTube link to the film is also being shared, for free long-term embedding and distribution across media and digital.