30th July 2020, National: Prabha Khaitan Foundation, an organization that is dedicated to the socio-cultural welfare and humanitarian cause has through a virtual session of their initiative Ek Mulakat in association with SWAR brought together Kathak maestro Pt Birju Maharaj and his disciple Vidushi Saswati Sen in conversation with the maestro’s granddaughter Shinjini Kulkarni who is also a kathak dancer to take the audience on an enchanting journey of his life, art and work. The Prabha Khaitan Foundation is devoted towards the promotion of performing arts, culture and literature, and collaborates with caregivers, committed individuals and like-minded institutions to implement cultural, educational, literary and social welfare projects in India. Ek Mulakat provides a platform to eminent personalities from the various segments of the society to share their stories.

Pt Birju Maharaj requires no introduction. His legacy precedes him. Not only in India, the legend is known for his art across continents. Among the numerous other awards such as Kalidas Samman, Yash Bharati and Andhra Ratna, the renowned dancer has been the youngest recipient of Padma Vibhushan Award in dance in 1984. His mastery lies not only in Kathak, but he’s also a vocalist, percussionist, musician, poet, composer, choreographer and painter. Vidushi Saswati Sen is probably the most renowned of Pandit ji’s disciples. She stands tall among her contemporaries in the way she has embellished Kathak by integrating the sacredness of a tradition with the creativeness of a contemporary approach. Vidushi Saswati Sen today is regarded as an artist with immense versatility and talent and one of the best exponents of the famed Lucknow gharana. Shinjini Kulkarni, granddaughter and disciple of the icon has followed in his footsteps and is an accomplished Kathak dancer in her own accord.

Throughout the hour-long engaging session, the maestro reminisced events and episodes from his life that have left a mark on his mind. He spoke on his lifelong love affair with kathak. From thumris to tihaai to bols – the maestro left the audience mesmerized and shared several anecdotes from his various choreographies and performances. Vidushi Saswati Sen also iterated many instances and stories with Maharaj ji from her 50-year-old association with him. Shinjini Kulkarni also spoke of many fond memories from her childhood.

Speaking on his Lucknow connect, Pt Birju Maharaj said, “I still pray that I get to go to Lucknow and work with the people there. Everything about Lucknow is engraved in my brain like an image.”

On his inception of his ideas, he added, “I always like to discuss my ideas with my closest confidants because exchange of ideas is important.” On the art of dancing, he stated, “Dance is beyond gender and age. There is no age limit to when one can start learning if you have the art in yourself. It is not a male or female dominated profession it is about honing your art and surrendering yourself to your guru ji.”

Vidushi Saswati Sen, added, “Maharaj ji is a perfectionist and he expects perfection from his students. However, he always gives his students creative liberty and encourages their strengths. He lets them hone their talent. Maharaj ji never discourages anyone from going out of the box. There are so many things that he has introduced to kathak that was not there in the form before and now it is performed and practiced globally.”

Shinjini Kulkarni, added, “My grandfather is extremely open, and war hearted. He makes everyone feel so comfortable that it is almost impossible to have a formal conversation with him. He has been representing Indian classical dancing in different countries when not many Indian artistes performed abroad. I would like to thank Prabha Khaitan Foundation to allow me to have such a splendid conversation with my grandfather.”

The Foundation’s vision to promote and recognise talent from different walks of life has led them to arrange immaculately curated literary sessions in about 30 cities across the country. Encouraged by the response in India, the Foundation has also forayed into the global arena with a bouquet of sessions. They have hosted some of the greatest stalwarts from the world of words, even as they are focused on creating a platform for aspiring talent. Each session carried a different flavour and spread a different essence. Previously, an array of distinguished and influential personalities has been a part of Ek Mulakat sessions such as Dr Shashi Tharoor, Javed Akhtar, Ashish Vidyarthi, Dr Sonal Mansingh, Dia Mirza, Usha Uthup, Nandita Das, Baroness Sandip Verma, Bittu Sahgal, Sudarshan Pattanaik and many more. Now Prabha Khaitan Foundation has taken this initiative to the virtual platform owing to the pandemic starting with Shri Kailash Satyarthi.

About Prabha Khaitan Foundation: Prabha Khaitan Foundation is dedicated to the socio-cultural welfare and humanitarian cause. It is a non-profit trust founded by Late Dr. Prabha Khaitan. Based in Kolkata, the Foundation promotes performing arts, culture and literature, and collaborates with caregivers, committed individuals and like-minded institutions to implement cultural, educational, literary and social welfare projects in India. The Foundation supports the UNESCO view that cultural development has the potential to be an alternative way of promoting sustainable development in poor rural communities, especially in the third-world countries. Based in Kolkata, for them culture stands for language, music, literature, visual arts, dance, drama, oral traditions, and traditional practices. The objective of the foundation is to create an enabling structure and promote networking so that communities engage with each other to work towards building positive self-esteem, inspire creativity and pro- mote culture and knowledge. 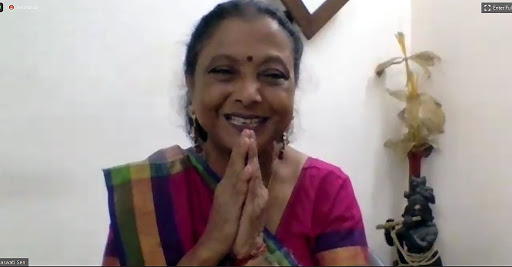