Hyderabad, India, August 13, 2020: Cyient Limited, a global digital engineering and technology company, announced it has appointed one of the most eminent reformers 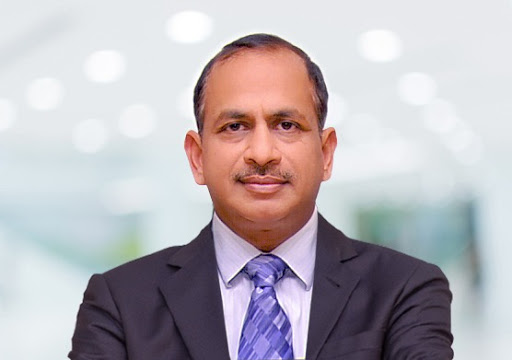 and ex-bureaucrat Mr. Ramesh Abhishek to its Board of Directors. A retired IAS officer of 1982 batch, Mr. Abhishek brings with him a rich experience of over 37 years as one of the most senior bureaucrats in the Indian Civil Service. In an illustrious career, he played key roles in leading governance, public policy, competitiveness, regulatory & judicial Reforms, policy design & implementation, intellectual property rights, investment promotion & facilitation, institution building, among many others.

In his last appointment as the Secretary of the Department for Promotion of Industry and Internal Trade (DIPP), he was instrumental in facilitating and building some of the unique large-scale and most impactful initiatives of the Government of India that include ‘Make in India’ and ‘Startup India’. He was the key driver behind the ‘Make in India’ initiative as he contributed significantly in building a concerted global communication campaign, addressing policy and procedural reforms, implementation of industrial corridor project, designed & implemented domestic value addition requirement policy. Mr. Abhishek was the key person to drive FDI policy and procedural reforms by developing ‘Invest India’ to strengthen the investment promotion efforts of India that resulted in record FDI inflows of US$ 205 Billion amid a reduction in Global FDI time. He also led India’s efforts to improve its rank in World Bank Ease of Doing Business Index to facilitate highest-ever ranking, recording a 67-rank jump within a short span of 3 years (from 130th in 2016 to 63rd in 2019) and awarded ‘top performer’ in successive years that was unprecedented for any large economy.

He is also credited with being one of the most influential people in developing the startup ecosystem in India by spearheading the ‘Startup India’ initiative that is the first of its kind startup campaign in the country. The successful campaign witnessed registration of over 20,000 startups and the launch of INR 100 Billion fund of funds to support over 45 venture funds. He also played a key role in resolving over 30 regulatory & tax issues to ease the burden of startups and venture funds and supported over 2,000 startups with faster processing of patent applications, grants, fee rebates, etc. Additionally, to strengthen the startup ecosystem, he formed partnerships with 8 countries, over 50 corporates, and other stakeholders.

“I am delighted to welcome Mr. Abhishek to the board of Cyient,” said, Mr. BVR Mohan Reddy, Founder & Executive Chairman of Cyient. “Over the years, Mr. Abhishek has built significant credibility and knowledge in various facets of commerce and business such as Make in India and Start-up India. His counsel and expertise will bring energy to our board and complement Cyient’s unique proposition of design and manufacturing of products. I am confident that he will provide valuable perspectives as we continue to execute our strategy, drive profitability and enhance value for all Cyient’s shareholders.” he added.

Commenting on his appointment, Mr. Ramesh Abhishek said “I am honored to join Cyient’s board of directors. Cyient has been a pioneer in many areas of technology including geospatial services, engineering design services, and now design led manufacturing. I am also very impressed with their focus on innovation through the Innovation Center in Hyderabad. Cyient’s vision of supporting indigenous innovation, design, and manufacturing in critical industries is very appropriate and aligned with the government’s greater objectives. Having served the government for over 37 years, I now look forward to supporting the Indian Industry.”

Mr. Abhishek’s able leadership also led to the rollout and implementation of National IPR Policy, 2016 ensuring reduction in the pendency in the examination, patent grant, trademarks, designs, copyrights, etc. He is also credited with the launch of the Global Innovation Index 2019 in India with the World Intellectual Property Organization (WIPO).

In addition, he has worked with the commerce departments & ministries of many countries building strong relationships across the world. Mr. Abhishek was recently elected to the board of directors of the US-India Business Council (USIBC).

Cyient (Estd: 1991, NSE: CYIENT) is a global digital engineering and technology company. As a Design, Build, and Maintain partner for leading organizations worldwide, Cyient takes solution ownership across the value chain to help customers focus on their core, innovate, and stay ahead of the curve. The company leverages digital technologies, advanced analytics capabilities, domain knowledge, and technical expertise to solve complex business problems.