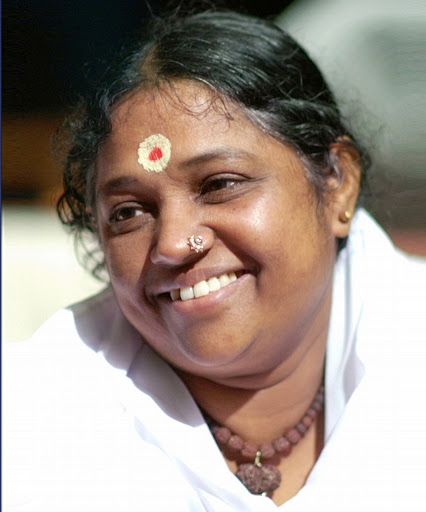 DELHI / August 21, 2020: The world-renowned humanitarian and spiritual leader Sri Mata Amritanandamayi Devi (Amma) ‘satsang’ is now available for devotees to watch on television. The ‘satsang’ called Amrita Ganga is dubbed in Hindi and comprises of soulful rendering of ‘bhajan’ and eventful moments from Amma's tours around the world.

Amma’s satsang of 20-minute duration can now be viewed on Aastha channel on Saturdays at 10 pm, Star Bharat on Sunday 6.30 am and Divya channel on Sunday at 8 am.

“Amma is able to establish perfect communication with people of all nations, languages and cultures because her real language is not Malayalam but a universal one—the Language of Love,” says Amma’s head disciple, Swami Amritaswarupananda Puri. “Amma is able to communicate through the Language of Love because she understands people’s hearts—their deep-seated sorrows, their hidden pains. And just as importantly, she also knows how to forever heal those hearts as well.”

Amma's unconditional love and her hug comes in the form of a motherly embrace. Amma has hugged 40 million people and is known as the 'The Hugging Saint'. Amma has been traveling around the world for the past 32 years. Amma's Ashram (The Mata Amritanandamayi Math) and it's centers are present around the world and have a special consultative status at the United Nations.

Amma has delivered addresses at the United Nations several times and has spoken twice at the Parliament of the World’s Religions. Among other accolades, she has received the Gandhi-King Award for Non-violence in Geneva, the James Parks Morton Interfaith Award in New York, and an honorary doctorate from the State University of New York. In 2014, at the invitation of His Holiness Pope Francis, Amma was one of 12 religious and spiritual leaders to travel to the Vatican to sign a joint declaration against modern slavery. Throughout her life, Amma has embraced and comforted more than 37 million people. When asked where she gets the energy to help so many people while also building and running a massive humanitarian organization, Amma answers: “Where there is true love, everything is effortless. Love transforms.”