*Jorge Ortiz: Looking to dazzle in the FC Goa shirt*

~ The winger adds versatility to the Gaurs’ front line ~

Goa, Sept, 2020: Jorge Ortiz Mendoza signed on the dotted lines to become FC Goa’s second new foreign signing this off-season. And the winger-forward is keen to start a new chapter in his footballing career when he hits the Indian shore.

“Very Happy, I think that’s a good word to tell you how I feel right now,” stated the 28-year-old in his first interview with fcgoa.in “I’m eager to start and get to know the club, the people of Goa and my teammates.”

Fresh off a season that saw him help his side secure promotion to the Segunda, the new Gaur is already looking forward to dazzling the FC Goa faithful with his play.

"I am a player, who likes to use his pace. I am direct and love to dribble. But everything that I do, has to be towards making the team better in any situation,” add Ortiz. “I can play both on the wing and behind the main striker. And if needed, as the main striker as well. I hope I can dazzle in the FC Goa shirt.”

This would be the first time that Ortiz will be headed outside Spain, writing a new chapter in his football career. And he has spent a large time gauging the calibre of both the league and the Gaurs.

“I was convinced by the progression of the league and the trajectory of the club in recent years. It is a great club with ambitious goals and I wanted to be a part of the future of the club,” exclaimed the Spaniard.

“I am very close to Edu Bedia and Carlos Pena, having played with them earlier. I spoke to them before making the decision to come. I have a very good relationship with both of them and they spoke very highly of the club and the league. I would say their inputs were crucial towards making my decision to join the club.

“I have seen several FC Goa matches because of the friends I had playing for the club and the proposal was a very attractive one for me. The club’s philosophy is something that aligns with mine. An offensive style football that involves passing and movement to combine with a keen sense of the club looking towards winning and keep improving are things that really went down well with me.

“Yes, there were offers from other clubs in the league, but from the very first moment, FC Goa stood out for me. The interest shown by the club, the values, the project and my relationship with Edu (Bedia), who I am good friends with were key to the decision.” 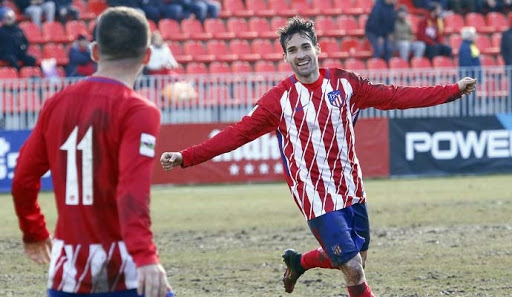 The new challenge and the new normal

The coming season will see the Gaurs not only fight for the ISL trophy but also represent India in the AFC Champions League thanks to a top-of-the-table finish in the league stage last season.

And the challenge at the continental stage is something that Ortiz is all geared up for.

“It is something very attractive. It’s a great challenge and a great opportunity for the club,” Ortiz added. “Playing against the best that Asia has to offer is going to be tough. However, I am always one for challenges and I am one who is going to take this in stride. We need to enjoy this and put up a good performance.”

With all said and done, for the first time in history of the ISL, the tournament is set to be played behind closed doors. And even though the fans wouldn’t be in the stands, Ortiz is sure that they are going to make a difference.

“As I said, I have already seen the games and the fans come flocking to the games. Playing for Goa means playing in front of a packed stadium and playing for football-mad people. You can see the love for the team, the players and how much the club means to them.

“I hope and wish they are with us in the stands soon and we celebrate the moments of success that I am sure lies ahead of us. Their support will be essential for us, even though they won’t be in the stands. We will be playing for them,” concluded Ortiz.