The horticulture sector, that encompasses a wide range of crops from fruits to plantation crops and flowers, accounts for more than thirty percent of the total agriculture output in India. Over the last few years, the sector has gained prominence by contributing a growing share in GVA of the agriculture and allied sectors. The Indian horticulture area has grown by more than 2.6% per annum, whereas it has witnessed an annual production growth by more than 4.8% over a decade.

The sector has established its credibility in improving farmer's income and has generated employment along with large scale exports. It has become one of the major drivers of growth in the agriculture sector. The growing cultivation of horticultural crops has made India the second-largest producer of fruits and vegetables globally. 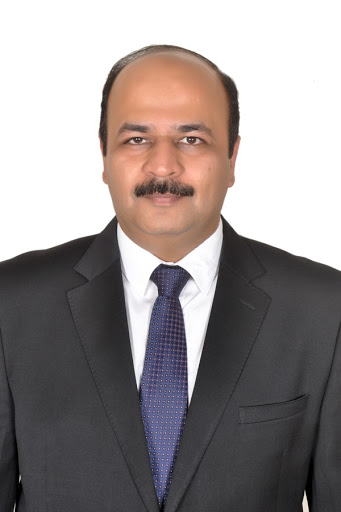 As a result of proven commercial benefits, India is producing many varieties of high yielding horticultural crops and is building the required storage & marketing infrastructure facilities for fruits, vegetables and flowers. To meet the steadily rising demand of premium quality fruits and vegetables, the production-for-export has grown rapidly in India. Measures are being undertaken to strengthen export-production base, upgrade technology and improve the competitiveness of horticultural products in the global markets.

Despite India being one of the largest producers of the horticulture crops, Indian farmers face various challenges to increase the yield output. The small segregated farms with low per-hectare yields are one of the major challenges for the Indian horticulture sector. Additionally, India stores only two percent of its horticulture products in temperature-controlled conditions, whereas China stores 15 percent and Europe stores 85 percent of its products in such facilities.

Moreover, the onset of COVID-19 pandemic has created additional supply-chain disruption for the horticulture farmers. Even though the farmers have adequate production, the logistical challenges have created a roadblock for fruits and vegetables to reach the urban consumers. While progressive Farmers/ FPOs have ventured to utilize the budding digitalization to reach the urban consumer directly through app and delivery capabilities, the marginal farmers are yet to gain the benefits out of the ‘new normal’ technology adaptations. The COVID pandemic will be a strong motivator and catalyst for many to start or continue digitizing in order to make it better accessible in the future by opening their inventory to consumers for pickup and delivery as a way to reconcile this supply and demand issue.

Another important aspect that needs to be understood is that for sustainable production of horticultural crops in the future, efficient use of water and nutrients along with balanced use of agrochemicals would be paramount that demands technological innovations. One of such technologies, which need to be mandatorily adopted while growing horticulture crops, is the adoption of micro-irrigation practices like drip irrigation systems.

Adequate and timely availability of water is the one of the most pertinent issue that horticultural production is facing at present. Over the past few years, we have seen that many regions in India are facing extreme water scarcity. Hence, we need to drive the adoption of micro-irrigation systems in mission-mode. Indian farmers are willing to take up any technology that brings certainty of revenue in their life and adds economic value. Drip irrigation excels on both these fronts. Drip has visible and vast benefits, and this needs extensive propagation.

In addition of increased production, Drip-irrigation system also reduces the input cost and improves the quality of the crop produce. There are enough case studies that highlights the benefit of Drip to the farmers. One such case study was conducted under Pradhan Mantri Krishi Sichai Yojna (PMKSY) by Government which concluded the following benefits

• All above resulting in boosting farmer income by more than 40%

Agriculture and in particular, horticulture sector have always been full of uncertainties and climate-change is adding more complexities to it. Uneven distribution of rainfall, draughts, floods and resultant water-stress has caused multiple challenges for Indian farmers to make horticulture climate-resilient and profitable. Therefore, adaptation of micro-irrigation becomes the need of the hour which has an ability to tackle country’s twin challenge of water scarcity and increasing crop yield at a macro level.

The government is constantly creating awareness about the benefit and encouraging the Indian farmers to adopt the latest technologies and mechanize their business. However, availability of timely finance to farmers has been another major hindrance in adoption of micro-irrigation systems. While most financial institutions focus on providing solutions for their working capital need, supporting them with capital expenditure to adopt automated technologies for better business model is taking precedent too in the current situation. Doubling farmer income and in-turn increase horticulture production yield can only be achieved if agriculture is practiced scientifically with technology interventions coupled with timely & efficient financial solutions.