*Apparels and accessories the most purchased products during festive sales: Ecom Express*

• Apparels gained huge traction with a 5.2% increase in share of total volumes, after seeing a decline during COVID-19 phase. Footwear has been revived by the October sales.

• Mobile, tablets and mobile accessories received more space in the shopping cart at the beginning of the festive sales and a steady growth thereafter.

• Medicines & Supplements saw a 260% jump in volumes in August and sustained higher volumes through October.

Gurugram, November 03, 2020: Ecom Express, a leading technology enabled end-to-end logistics solutions provider to e-commerce industry, today revealed key highlights of consumer buying pattern across fashion, mobiles and tablets, and medicine categories in the ongoing festive sales. The data has been gathered based on volumes of merchandise assigned to Ecom Express by more than 2000 e-commerce players in the country. The total jump in volume of sales for the same duration in August versus October, including all categories, stood at 72%. 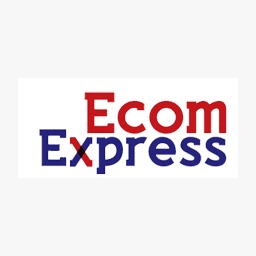 Apparels and accessories were the most purchased categories of products in terms of volume share from February to August. In the October sale, this segment saw around 5% increase in share of total volumes and a whopping 200% + increase in growth over its pre-COVID volumes.

According to the company, this growth was driven primarily from major cities such as Bangalore, Chennai, Kolkata, Ahmedabad, and Mumbai. Kolkata’s October sales numbers showed the highest spike, especially in apparel and footwear, capturing on Durga Puja fervour. It reflects that people in Kolkata waited for the festive season, and their preferred choice of gifts this year were apparel, footwear, and accessories. Although Delhi saw a decline in apparel volumes, adjoining cities in the NCR such as Gurgaon, Noida and Ghaziabad contributed significantly to the volumes.

Further, mobile, tablets and mobile accessories bounced back post-COVID to show an 89% growth in August. This category remains a strong in a sale promotion-driven category, showing a huge surge during the October festive sales grew by over 210%. While the large cities remain the largest markets for this category overall, smaller cities appeared to drive festive season sales, with customers/re-sellers waiting for sale promotions. High volumes were driven out of small towns like Arrah and Narkatiyagunj (Bihar), Raigarh and Sarangarh (Chhattisgarh) and Dhaka near Dumka district of Jharkhand.

Medicine and supplements including hygiene saw a very high growth attaining a 260% jump in August compared to pre-COVID days. This purchasing pattern in medicine and supplements was fuelled by the pandemic and its volumes have stayed consistently at the August level in the October sale. Sales in this category was driven not just out of metros and large cities, but also from tier-2 and tier-3 cities including Bhopal, Patna, Agartala, Indore, Silchar, Kanpur etc.

Commenting on the insights, Siddharth Agarwal, Vice President - Corporate Strategy and Planning, Ecom Express said, “We had anticipated the surge in online shopping that was backed by festive sales and increased preference for doorstep deliveries. Due to COVID-19, there has been a rise in first-time online buyers. Moreover, even offline retailers and brands are riding on the e-commerce wave to reach out to their audience which is why we geared up to keep up with the demand, even from the remotest parts of the country. Our reach to over 27000 PIN-codes is definitely proving to help people even at faraway places to enjoy their festivity and give us an edge in delivering last mile smiles.”

Interestingly, laptops and accessories, footwear, beauty products and toiletries ruled the roost in February just before COVID-19-induced lockdown. However, these products saw a decline in sales volumes in August and continued their downward trend through October mainly due to factors such as work from home (WFH), less offline meetings/public outings amongst others. The Footwear segment still managed to revive in October sales and its demand more than doubled in October.

In terms of categories, moderate growth in volumes were also seen in Home Décor, kitchen and dining, and large appliances till August. While home décor remained steady, others saw a moderate decline in the October sales.

Ecom Express Private Limited is a leading end-to-end technology enabled logistics solutions provider to the Indian e-commerce industry. Headquartered in Gurugram, Ecom Express was incorporated in 2012 by T.A. Krishnan, Manju Dhawan, K. Satyanarayana and late. Sanjeev Saxena with their 100+ years of cumulative experience in the Indian logistics and distribution industry. Ecom Express has its presence in all 29 states of the country and operates in over 2650 towns across 27,000+ PIN-codes in India. The company is the first private logistics company in India to envision a full-state coverage strategy, offered in 20 states including Andhra Pradesh, Assam, Bihar, Chhattisgarh, Delhi, Goa, Gujarat, Haryana, Jharkhand, Karnataka, Kerala, Madhya Pradesh, Maharashtra, Odisha, Punjab, Rajasthan, Tamil Nadu, Telangana, Uttar Pradesh, and West Bengal. Through this deep reach strategy, the company has a capability to deliver to over 1.2 billion people i.e. 92%+ of India’s population.