~ Deltin returns as Associate Sponsor for the Gaurs ~

Goa, November 27 2020: FC Goa is pleased to announce that Deltin will be associated with the club for the second season running, renewing their partnership for another year. The 2020/21 season of the Indian Super League will see Deltin will once again be an Associate Sponsor for the Gaurs.

The partnership will see the Deltin logo placed on all FC Goa shirts for the 2020/21 season of the ISL. 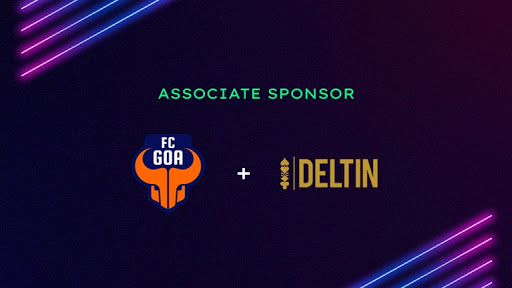 Deltin is India’s fastest-growing, largest and only listed Gaming, Hospitality & Entertainment company. Having entered the Gaming and Hospitality segment in 2008, Deltin has gone on to become one of the trendsetters and benchmarks when it comes to gaming and hospitality experiences in India.

Speaking on the partnership, Aditya Datta, FC Goa’s COO, stated, “It’s a pleasure for me to announce that Deltin has returned as our Associate Sponsor and we will be able to continue our partnership.

“Both the brands share similar visions - to be the trailblazers and set the benchmark in their respective fields. While Deltin has carved out that niche when it comes to Gaming and Hospitality, we have been able to do the same when it comes to football development in India and the state of Goa in terms of youth development, fan experience and community engagement.

“I look forward to another great year ahead for both of us and believe that we will be able to collaborate on a number of fronts.”

Speaking on the collaboration, Mr. Anil Malani, CEO, Deltin, mentioned, “We are delighted to be associated with FC Goa. We look forward to finding new roads with the Gaurs and inspiring young talent in Goa and India through the beautiful game”