2nd December 2020, New Delhi: On the occasion of our 7th Anniversary, Heritage Transport Museum is delighted to present India’s first exhibition of Original Indian movie posters and lobby cards that share a connection to modes of transportation. 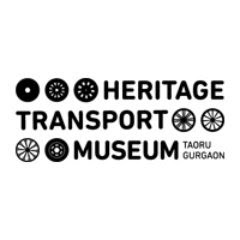 Titled: “Moments in Motion”, the exhibition includes more than 60 posters and over 100 lobby cards spanning over 5 decades representing modes of transport that were a part of the storyline of a movie and important enough to have found a place in its advertising. The oldest poster on display is from the movie Hunterwali Ki Beti (1943) and the youngest is from the movie Chalti Ka Naam Zindagi (1982). 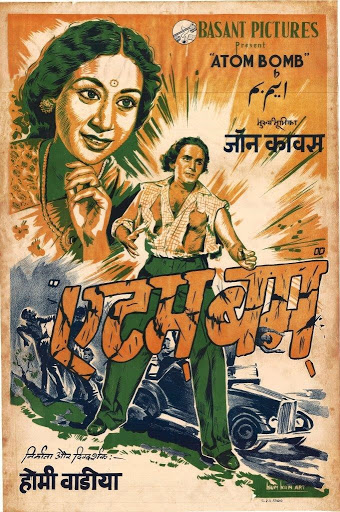 Film posters have been an integral part of cinema since its inception as it became a way of introducing the film in an eye-catching format. Lobby cards were film posters or scenes printed on card stock and were usually displayed in a theatre’s lobby to perform similar functions. Along with show cards and song booklets, they formed an indispensable part of the cultural paraphernalia of cinema. 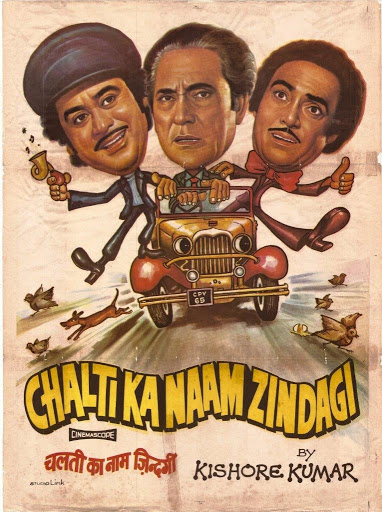 Over the years, its aesthetics, importance and the meaning it transmits has gone through several transitions. The dynamic shifts in its lettering, art styles and use of colors represented the changing cinematic tastes, and in turn the historical landscape of the nation itself. Indian film posters are thoughtfully created to convey major thematic concerns of the films. Similarly, the representation of stars becomes crucial to create a buzz to attract their fan groups. The poster of a particular film circulated in urban centers might vary from the ones displayed on the walls of a small town, as they responded simultaneously to general and local tastes. Likewise, lobby cards depicted dramatic snapshots which drew attention to the films’ content. 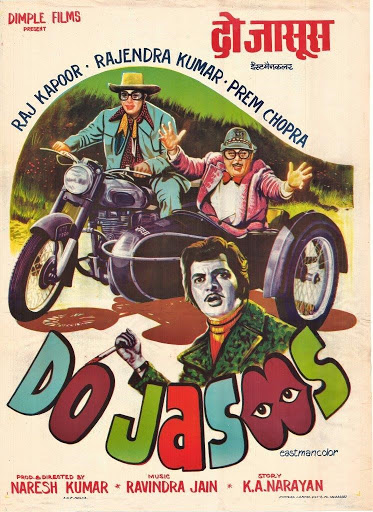 Transportation and cinema go a long way back. The various means of transport have been part of some iconic cinema moments. Born at the cusp of a new century, cinema has always projected tensions between traditional ways of living and the advent of modernity. Needless to say, with the nation realizing the life-altering capacity of motorized transport, they came to play a key role in cinema. The changing role of transport in cinema was also an indicator of changing attitudes to technology. If the novelty of the trains spawned a number of stunt films centered around trains like Miss Frontier Mail (1936), it shifted to a more complex emotional affect in the iconic scene from Satyajit Ray’s Pather Panchali (1955). In the posters of Fearless Nadia’s stunt films, hand painted images of trains were often found alongside the stunt queen’s iconic posture. The iconography of trains even enhanced the aura of Hindi cinema’s first true blue superstar Rajesh Khanna as he crooned Mere Sapno Ki Rani in Aradhana (1969). Non-mechanized modes of transport, like the humble rickshaw and bullock carts were not left behind either. An impoverished Balraj Sahni pulled rickshaws in Calcutta in Bimal Roy’s stunning tale of rural displacement Do Bigha Zamin (1953), while Dilip Kumar raced a bus in his trusted tonga in the thrilling climax to Naya Daur (1957). While initially symbols of the rapid march of mechanization, cars, motorcycles and trains soon came to denote the speed and dynamism of modern-day life. In the film posters of the 70s and 80s, they were presented in the midst of an explosion of images, anchoring the charismatic image of the hero as well as promising the thrills of the chase. Through the years, film posters have managed to capture the diverse kinds of transportation that became an essential part of the film narrative and therefore, our past.

Though modern modes of promotion have replaced the lobby card and song booklet altogether, the poster still remains, having evolved from manual painting to incorporate 3d art and digital printing. These cultural artifacts have become an important archive of information, which allow us to trace the histories of popular art, political and cultural norms, print and type technologies and our ineffable relationship with the theatre of dreams. Film posters and lobby cards are the ‘lost’ art of our cultural heritage which our collection hopes to display and honor.

“Moments in Motion” provides a rare sighting of Indian Cinema and Transportation in an often over looked art form that has become an important fixture in popular culture.

Museums are more than edutainment for casual visitors. A report titled, “Understanding the future – Museums and 21st century life” by the British government says, “Museums are the way we connect our past with our present and our future. They support the creative industries. They act as a powerful engine for regeneration, their impact on the economy, and the tangible effect they have on the imagination and spirit of the people who visit them, are enormous.” Ultimately, museums are “a means of helping citizens understand their place in the world.”

Unfortunately, in India the culture of going to museums has died down. The general public seems to have no interest in them. And the reason for this has been lack of imagination, proper promotion and their marketing. We need to go beyond treating museums as mausoleums of mothballed memories, and bring them alive with creative and innovative programming, connected to our cities’ economies and the people

Heritage Transport Museum is an endeavor to showcase and interpret the multiple narratives of transport movement in India. The vision behind the museum is to share its rich and diverse collection with large number of people and give them a fun filled learning experience. The museum was conceptualized quite literary to transport people to a bygone era.

Opened to public on 7 December 2013 as India’s first comprehensive transport museum, the museum brings alive the history and evolution of transport heritage in India through a rich and diverse collection of vehicles and associated memorabilia. The collection is representative of not just the objects directly related to transport but also of the socio-cultural life and art associated with it.

The museum is home to more than 3,500 curated objects on display that weave a tale of India’s colorful transportation history. The large and varied collection of this museum has been categorized into various sections: pre-mechanized & heavy mechanized transportation, railways, aviation, maritime, collectible Indian toys on transport, rural & indigenous transportation, two wheelers and popular & tribal art section. The museum is also rich in contemporary art collection displayed at various sections throughout the museum.

Located at Taoru-Gurgaon, the museum is an hour's drive from New Delhi. Built on a 3-acre complex, Heritage Transport Museum is spread over four air-conditioned floors that offer over 100,000 square feet of exhibition space, a library and reference center, a mini auditorium, a museum souvenir shop, seminar rooms and a refreshment area.

The Museum has been a recipient of some prestigious awards - The 2016 National Tourism Award for being the most Innovative & Unique tourism project in the country, the 2016 & 2018 Traveler's Choice Award by TripAdvisor, International PATWA award 2017 for its innovation at ITB, Germany, the 2017 ITCTA award for the best Museum, etc.

Heritage Transport Museum has been built and being run by Heritage Transportation Trust is a registered non-profit Trust, founded on 18th July, 2006 and registered under the Indian Trust Act, 1882. As the first private museum of its scale in India, it is conceived as a space that not only provides a glimpse into the history of travel in India, but also engages with visitors through its carefully designed information ecosystem. The museum sets a benchmark in interpretation, exhibition and in communication. Heritage Transport Museum is dedicated to provide visitors an enjoyable and engaging museum experience.