*Hindsight: Juan Ferrando stresses on further improvement after first win of the campaign* 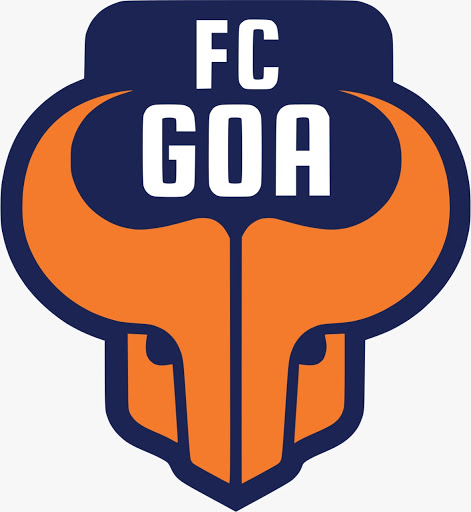 It was a dominating performance from Ferrando’s men. True to their style and philosophy, the Gaurs were the ones who took the initiative and ended the game with the majority of possession and more chances created. The head coach, though, stressed on further improvement in the days to come.

“I am happy about the final score, of course. For us, 3 points in all the games will be important. But it is important to continue working and prepare for the game against Odisha because there are some aspects of the game that I am not so pleased with,” remarked Ferrando. 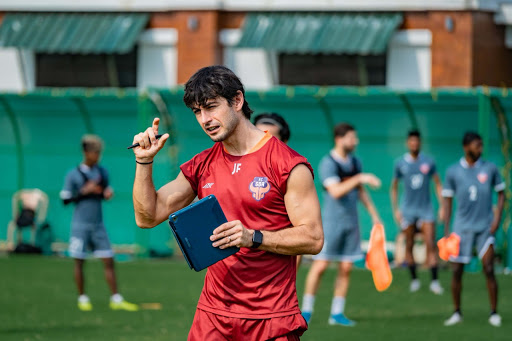 “I am more focussed on the transitions more than anything. That and the high press is what I am looking at more critically. That where there is room for improvement. It's possible to win 5-0. We want to win 5-0 or 6-0, but we have to take things step by step. Our target is Odisha now and to get the three points again.”

Ortiz to the fore

Sunday also marked Jorge Ortiz’s first goal in FC Goa colours. The winger has looked a real threat down the wings in all the games that he has played, and his sense of adventure was finally rewarded.

The Spaniard could have brought down the roof at Fatorda with a venomous hit from 35 odd yards out. Ortiz tussled with Nishu Kumar, got up after falling down, controlled the ball before unleashing a pile driver. The crossbar though came in the way of which could have arguably been the goal of the season.

He continued to be a prominent thorn in the Kerala backline and his perseverance finally paid off in the second half. A neat one-two with Brandon Fernandes helped him find space in the penalty box. A delightful first touch was followed by a ferocious shot that left Albino Gomes in the Kerala goal without a prayer.

“I am really happy about Ortiz (getting his first goal). He has been working hard. He has a number of qualities. He has a great shot and can cross the ball really well. His performance is getting better by the day,” said the head coach on the Spaniard’s performance.

“In my opinion, they need more time (to get up to speed). These guys need more games and more training sessions. I feel in two more weeks, this team would be in a lot better place.”

Whilst the Gaurs ran out comfortable 3-1 winners in the end, Ferrando had high praise for Kerala, a team he feels will climb up the table in the days to come and finish amongst the top teams in the league.

“If the people saw today's game, I hope that they really enjoyed it. It was two teams who were looking to play football and attack each other. They were building through second actions and positional attack. In my opinion, Kerala will be most likely in the top positions,” Ferrando opined.

“I think we had more clear opportunities, but both the teams really tried to play football. And I think we dominated the 10-12 minutes after going 2 goals up. With the score at 0-0 and 1-0, though I feel Kerala gave a good account of themselves with Facundo (Pereyra) and Vicente (Gomez) in midfield. Their two wingbacks were also really impressive. They are fantastic players.

“I understand it is a difficult moment for them (having not won a match yet this season). It was the same with us. However, I feel they will improve with each coming day. I am really pleased to have won against them, they are a really good side. They play really good football and that is important for the fans, the supporters and for the future of football in India.”