*Igor Angulo: All for the team*

~ The striker has thrived in his first 8 games, but all he cares is the team’s success~ 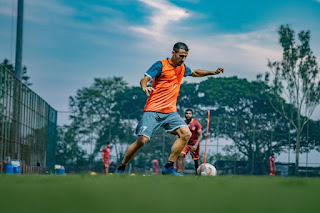 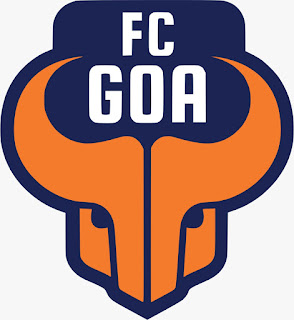 Goa, December 28, 2020: A week earlier, there was another request for an interaction from the media for Igor Angulo. 8 goals in as many games in your very first season in the Indian Super League generally leads to this kind of attention.

Blighted with requests time and again Angulo’s reply to the task at hand was one that says more about the man than most actions that get highlighted on the television sets.

“I would prefer to not talk immediately ahead of the game, but if you need me, for the team, I will make myself available.”

Angulo’s impact on FC Goa has been immediate, prominent, and profound. There are just no two ways about it. The Spaniard has quickly become one of the most talked-about players in the league and yet his focus has always been on one thing - the team.

And time and again he dispels any extra praise heaped on him for his finishing touches at the head of FC Goa’s attacking schemes.

“I'm a striker. I must score goals, that's my job and the best way I can help my team,” the forward remarked on his importance in the schematic that Juan Ferrando has laid out this season. “Everyone here has his own responsibility on the pitch, we are all equally important.” 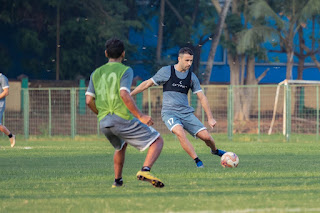 A ‘team player’ is arguably one of the most cherished terms in a head coach’s dictionary. Igor Angulo personifies that; not only with his play but his attitude off it.

The Gaurs seemed to have lost their momentum after consecutive defeats at the hands of ATK Mohun Bagan and Chennaiyin. Then against Jamshedpur it all seemed to be going awry as the Red Miners drew first blood thanks to a Stephen Eze goal in the first half.

Character, though, is something that this team is not short on. Playing for each other and for the name on the front of the shirt has been a characteristic of the new-look FC Goa side. That was brought to the fore as the Gaurs claimed points against Bengaluru and NorthEast from losing positions. And then against Mumbai, they dominated large portions of the game against Mumbai despite being a man down for more than a half of the game and looked the more likely to score for the first part of the second half.

That quality was again on show last Wednesday night.

A second half revival saw the Gaurs claim all three points when the referee sounded the final whistle. Leading the comeback yet again was the 36-year-old in FC Goa’s number 17 shirt. It was a performance that typified his first season with the Gaurs (where he has scored a goal for every 19.5 touches, he has taken).

With Angulo in the box, the Gaurs always have a chance and he showed that yet again.

“We had played better in previous games, but in our situation the most important thing was to get all three points that night. Getting the victories are crucial as they help build our confidence and that in turn affects our performance,” opined Angulo after the game.

“I told the guys that we just need to breathe easy and not be anxious. That we had to trust ourselves, because our chances will come. We have the quality. And it finally arrived and thankfully, we dispatched them in the second half. I am just glad that I played a role”

And what a role it was! After coolly slotting a penalty past TP Rehenesh in the Jamshedpur goal, Angulo delivered a 94th minute dagger with a header via the back of his head.

“I went to the first post with confidence, but I was very well marked and it was difficult to find the best contact to score,” recalls the current leader in the race for the ISL Golden Boot.

“Finally, I headed it the only way possible to score from that position. The happiness when I saw the ball in the net was incredible, more than for just myself, for the team. We needed that victory.”

Best yet to come

Under new head coach Juan Ferrando, the Gaurs have looked ever impressive in the middle of the park. Protecting the ball and retaining possession have taken an upswing.

However, with all the new faces, a curtailed pre-season and games coming at a swift pace, the jagged edges that still lie in regards to the Gaurs’ play in the final third has still room for further smoothening to help bring forth the kind of product Juan Ferrando would like to present.

“We need time to fine tune a few more things. The timing of our movements, the instincts of knowing where to play the ball for a certain person and when to time the runs,” the 36-year-old further elaborated. “The squad is new; we had a short preseason and everything needs time. I'm sure the best of FC Goa is yet to come.”

The general consensus has been that this team has so far only scratched the surface of their true potential. And that is what should excite all FC Goa faithful.

The new man in the number 17 shirt for the Gaurs has shown a penchant for delivering the perfect touch to lead it to the back of the net whether be through his favourite left foot, his chest or the back of his head. But more importantly, it’s his desire to do the utmost for the team, an attitude that not only helps him excel but also rub off on others to give their best.

A leader, a forward, a team player - how may ever you want to describe the man. He is all for the team.