It is a dream come true to portray the character of Herod Antipas in &TV’s Yeshu”, says Rudra Soni

Rudra Soni has been all over television shows and ads since a very young age and has managed to create a consistent fan base right from his childhood to his teens. Known to take up challenging roles at such an early age, Rudra is yet again all set to portray Herod Antipas in &TV’s latest offering ‘Yeshu’. In a candid conversation, Rudra expresses his joy of experimenting with negative characters, his inspirations and more. 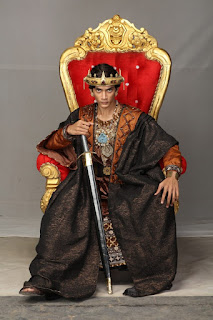 1. You were on a short break before Yeshu. What made you think that the show will be a good comeback for you?

I had to take a short break from acting due to my focus on education. Though I would not call it a comeback as the gap was not that long, I was looking forward to being a part of a show that would allow me to do something different and challenging. With Yeshu, I when I heard the narration of my character – King Antipas, I was excited and quite thrilled. The role is undoubtedly robust and impactful, and I am sure the viewers too will agree with me when they see me on screen!

2. What is the role you are playing?

Let me start by saying that my character has layers of shades. Very few may know of the fact that Herod Antipas was much more spiteful and radical than his father, King Herod. It is indeed a very challenging and equally fascinating character. I have already started reading up on him to understand the nuances of the character.

3. How satisfied are you with the character?

Portraying a negative character is a dream come true for me. Having played various chocolate boy and positive roles in the past, I was yearning to take up something refreshingly different and impactful. And this came by right in time. Herod Antipas is precisely the character that I would like to play. He is scary, villainous and is into all sorts of politics. Playing a negative role is not as easy. But it allows one to bring in different shades in character, which makes the character noteworthy. While I understand playing a hero is equally tricky but playing a villain involves more conviction. It is difficult to make people believe that you are wrong in comparison to making them think that you are right. I wanted to challenge myself with this character, and I am grateful for this fantastic opportunity 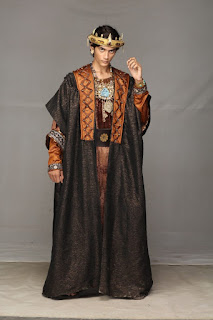 4. How did you bag this role? How many audition rounds did you undergo for the same?

After playing notable characters on television, I was approached by the makers of Yeshu to portray King Antipas. After the first round of the audition, I got a call that I was selected for the part. I was over the moon! My happiness knew no bounds. We have started the shoot recently, and I am thoroughly enjoying every bit of it and even discovering fascinating stories, which is great learning for me, personally as well as professionally.

5. Any special preparations you are undergoing to get into the character?

Herod Antipas is different from the antiheroes or villains as we call them, shown on Indian television and movies. He has many shades, and that is indeed quite fascinating. To prep for the character, I am spending a lot of time understanding the journey, look, and feel, mannerisms and overall personality of the character that the Director wishes to project on the screen. Each villain has his personality, and the moment one gets to understand that better, the portrayal becomes much at ease.

6. What exactly is the storyline? What are your expectations from the show and the viewers?

‘Yeshu’ is a story of an exceptionally benevolent child who only wants to do good and spread happiness all around him. His love and compassion for all is a stark contrast to the dark, evil forces prevalent during his birth and childhood. Witnessing the various atrocities on his family and in society has a deep impact on him. His attempt to help others and ease their pain often leads to situations where he inevitably ends up being hurt and condemned, by not just the oppressors, but also the people at large. But even that doesn’t stop Yeshu from continuing on his path. It is not only the most iconic story of good versus evil, but it also captures the beautiful relationship between Yeshu and his support and guide – his mother. Yeshu is an untold and unheard story, first time seen in the Hindi GEC space. I am looking forward to work with the stellar cast of the show which includes Sonali ma’am, Darpan Sir and many more great artists. I am sure the show will strike a chord with the audience and will receive acceptance and appreciation. We all are very excited and looking forward to our viewers’ reaction.