Versatile actor, Sandeep Aanand is a known name in the television industry, having a career spanning over twelve years. Known for his impeccable acting and humour, Sandeep is now all set to make an entry as Gudiya's (Sarika Bahroliya) love interest in & TV's 'Gudiya Humari Sabhi Pe Bhari'. In a candid conversation, he speaks about his character, his career and what lies ahead. 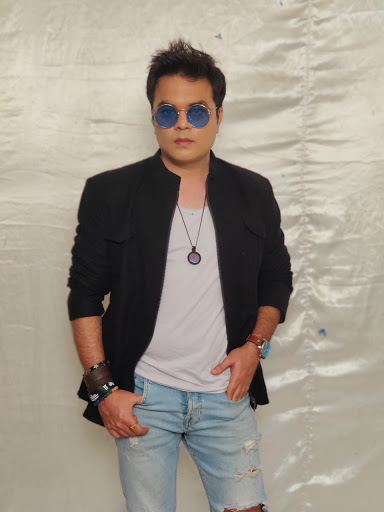 1. How does it feel about returning to shoots post the lockdown?

& TV's Gudiya Humari Sabhi Pe Bhari is my first project post the lockdown. It feels great to be back at work after a gap. I am thrilled to be a part of the show. The role is quite fun, and the shooting for it has already started. I have been a part of the industry for the past twelve years, and it has been a fantastic journey. I thank all my viewers and fans for this constant support and appreciation.

2. Tell us about your character in the show?

My character name is Sandeep, a good-looking, rich brat, famous, haughty and pompous television star. He is financing a film that stars him, and for the shoot, he comes to the village. But Nahne has other plans for him and somehow manages to trick him into visiting Gudiya's (Sarika Bahroliya) 's house for a possible alliance. Initially, he feels stuck but soon develops a liking for the family. Gupta's family simplicity, caring attitude and values have a positive impact on him. But he is troubled by Gudiya and tries to avoid her at every given moment. But whether this alliance works or falls apart is something one will have to see the episode to know. It is out and out a fun entry filled with a lot of drama, humour and entertainment!

3. How does it feel to be a part of &TV's Gudiya Humari Sabhi Pe Bhari?

The plot is quite fun, and the entire cast is friendly and exceptionally talented. Some of the cast members are from the theatre background and my seniors. The plot is quite relatable of the parents always concerned about their daughter's marriage and on a lookout for a suitable groom for the lead protagonist, Gudiya (Sarika Bahroliya). I am thoroughly enjoying every bit of the shoot; we have quite a few fun sequences lined up. We have quite an entertaining episode, and I am sure the audience is going to have a good laugh after watching it. The cast and crew are a fun bunch and equally a close-knitted family. It has been a wonderful experience to start shooting again and that too for such an entertaining show.

4. Given your character is of a popular actor, how is this similar to your real-life persona?

While the character's name is the same as mine, which is, Sandeep, our personalities are poles apart. The reel Sandeep is arrogant, wealthy, and narcissistic. He is financing his film as well as acting in it too! The real-life Sandeep is grateful for all the things he has achieved in his life. I am humbled and obliged that this industry never gave up on me, and my fans have always been a strong support system.

5. Did you have to prep for this role? If yes, tell us about the preparations.

Not exactly, except for the weight. I am currently on a special diet to return to my original weight as earlier. I was playing the character of a heavy person. Regular work-outs and specific food items are a part of my daily routine.

6. With Sandeep now making an entry, tell us about the plot?

My character, Sandeep, is of a famous television personality who is self-centric and haughty. He is taken to a small village for a shoot, where he will be brought into the Gupta family as a match for the innocent and chirpy Gudiya (Sarika Bahroliya). Initially, Sandeep and Gudiya go through a lot of turbulences but eventually, their clashing personalities get along, and wedding bells are announced. On the day of the wedding, Nanhe (Sudhir Neema) prepares a drink for Sandeep but, Gudiya drinks it instead and falls unconscious. Will the wedding everyone has been longing for, finally, take place? Or will Sandeep develop cold feet? You will have to watch the show to find out!