*GLOBAL REVEAL OF RENAULT KIGER IN INDIA ON JANUARY 28*

New Delhi: January 5, 2021: After generating a lot of exhilaration with the showcase of the Renault KIGER Showcar, Group Renault will be globally premiering the eagerly awaited Renault KIGER in India on January 28, 2021. Slated to revolutionise the B-SUV segment in India, Renault KIGER is a Stunning, Smart and Sporty offering to be first launched in India, followed by other markets. 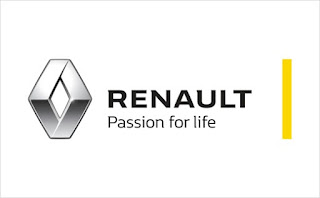 Renault KIGER has already made a strong impression for its distinctive styling, which is sporty, masculine and modern. Built on the CMFA+ Platform, Renault KIGER will come loaded with several smart attributes and features which will include some best-in-class offerings that will complement the design and styling of the car. Renault KIGER will be powered by an all new turbo engine and will offer an exciting drive.

Renault KIGER will be the latest in the line of revolutionary products launched by Renault in India. Just like DUSTER, KWID AND TRIBER, KIGER will also change the dynamics in its segment and will be yet another game changer from Renault. Renault KIGER will be launched in the B-segment which accounts for more than 50% of the total industry sales and will be instrumental in growing Renault’s presence across the country.

A collaboration between the Corporate design teams in France and Renault India design, Renault KIGER will be the third global car from Groupe Renault to be launched in India first, followed by other markets.