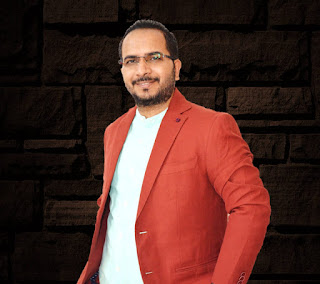 Guwahati, 15 January, 2021: Janadhar India, has sent out their best political analysts to converge data on the voters with regards to the upcoming assembly election in Assam. The team of analysts to collect responses from more than 15 percent of the voters residing in all assembly constituencies of Assam. They will cover the ground and collect information about various economic, social and political aspects and turmoil of the voters.

“At Janadhar India, we help politicians in reaching out all voters so that the voter gets the right communication. We have already completed perception study in West Bengal, Tamil Nadu and Kerala for 2021 Elections. We have a experienced team of political consultants, psephologists and ground intellectuals to get real-time data up to booth level. We are sure that our current study and insights will help political parties, and candidates fighting upcoming elections to plan their campaign in the right direction” said Manish Jha, Founder and Psephologist at JanadharIndia.

The Pre-poll survey in Assam will be conducted by 100 Ground Intelligence Officers (Janadhar India Volunteers) at panchayat or ward level covering crucial voters, party workers, influencers and journalists from all the assembly constituencies in Assam. The Computer Assisted Personal Interview (CAPI) is a best method to scrutinize all the aspects that bear a consequence on the upcoming elections like the performance of the incumbent MPs and MLAs, possible candidates, CM report card, the adversities faced by the voters and their solutions, the overall political, social and economic atmosphere of the area, to name a few.

At Janadhar India its core objective is to help clients maintain an authentic and attention-grabbing communication campaign with the voter to help define the ideology of the party and the contestant so that the client is triumphant on the election day. The efficacy of our political and election campaign management and strategy successfully manifestedinrecentassemblyandgeneralelections.Creativeandlocalstrategy,election war-room,votercanvassing,cross-platformmediacombinedwithcutting-edgeadvertising and technology, our team's profound expertise is employed to design and deliver all communications of the client/constituent to the endvoter.

Manish Jha is a seasoned Psephologist, Political Consultant and Election Strategist in India. He has been demonstrating innovative strategies to win elections. He along with his team has helped individual political aspirants and national and regional political parties in managing successful political campaigns across India. He has been featured on major media channels like Zee News, News18,NationFirstNews,DDNews,SaharaSamay,IndiaNews,NewsX,NationFirstNews1India, Surya Samachar, Lok Sabha TV, Bhaskar News, News World, Kanak News, News 18 and Kalinga TV.