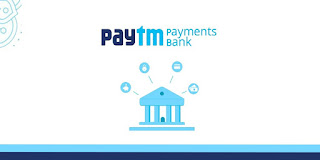 - Ranks ahead of SBI, Yes Bank, ICICI, as the leading beneficiary bank

- Rapidly gains traction as the remitter bank among banks such as SBI, HDFC, Axis & ICICI

- Leads as the largest digital payments platform in merchant payments with the highest market share of over 50 percent driven by Paytm UPI, Paytm Wallet, cards & PPBL

India’s home-grown Paytm Payments Bank Ltd (PPBL) today announced that it leads as the largest beneficiary bank ahead of all major banks in the country. It is also rapidly gaining traction as a remitter bank for UPI payments among banks such as SBI, HDFC, Axis & ICICI. According to the latest report by the National Payments Corporation of India (NPCI), PPBL has registered 389.24 million transactions in the month of February 2021 as a beneficiary bank, with a month-on-month increase of 5.5%. Beneficiary banks are the banks of the account holder who is receiving money.

PPBL has also continued to outperform other banks in terms of the success rate of UPI transactions. The NPCI data reveals that it has the lowest technical decline rate at 0.11% among all UPI remitter banks and 0.04% among all UPI beneficiary banks. All major banks have a way higher technical decline rate of around 1%. It has become the largest enabler of digital payments in the country driven by merchant payments & increased adoption across small cities and towns. This also confirms the superiority of the in-house technology-infrastructure at Paytm Payments Bank and has been the key reason for its success.

Satish Gupta, MD & CEO of Paytm Payments Bank Ltd said, "UPI payments are an integral part of PPBL's ecosystem and we have built one of the finest technology infrastructures to facilitate such transactions. Our tech team, which comprises the best minds in the business, works round the clock to provide a seamless and efficient experience to our users and merchant partners. We have witnessed rapid adoption of our UPI payments service across the country as more users are embracing our seamless technology that powers a fast payment experience. Our performance as highlighted in the latest NPCI report is a testament to the trusted & long-lasting relationship that we have with our partners.”

Paytm PaymentsBank already has over 100 million UPI handles on its platform and is accelerating the growth of UPI payments at offline retail stores and even large merchants.