India, 1st March 2021: The Indian Performing Right Society Limited (IPRS), a representative body of music composers, lyricists, and publishers of music announces the #HERmusic initiative in collaboration with Dolby Laboratories, (a leader in immersive entertainment experiences) and Hungama Artist Aloud, (platform for talent and independent content) to empower women in the music industry. The association aims to promote the representation of women musicians in India in terms of identifying the probable barriers and creating a conducive environment to express and flourish. Together they will kickstart a movement this International Women’s Day on 8th March with manifold activities under the umbrella #HERmusic further spread-out in the form of initiatives #UnleashHERmusic, #EmpowerHERmusic, and #CelebrateHERmusic as three legs of the campaign. 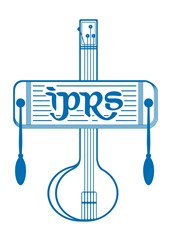 As per statistics from a study conducted between 2016 to 2018 by international arts, collective FEMWAV revealed the ratio of women composers and producers to male composers and producers in Bollywood was 1:80. While on the Indian indie front (between 2015-2018), the number was 1:71. The numbers are dismal on the management front too with women making up only 10% of artist managers in the industry. Production and music creation aren’t the only areas where there appears to be a definite lack of females. Underrepresentation is evident in the case of decision-makers, publishers, talent managers, instrumentalists, A&Rs, sound engineers, DJs, and many others related to the music industry. Thus, IPRS, Hungama Artist Aloud, and Dolby Laboratories have come together to drive a positive change and encourage more participation from women in the music industry in India.

Mr. Rakesh Nigam, CEO of IPRS commented on this initiative, “We’re extremely thrilled with the collaboration between IPRS, Dolby Laboratories, and Hungama Artist Aloud. Despite a surge in female voices heard across broad spectrums of industries, we’re still far from seeing enough contribution from female authors and composers in the Music Industry in India. Women have been under-represented for a very long time in areas related to music creation and production. With this initiative, we hope to strike a conversation that snowballs into a much-needed change in the industry and open up avenues for women in the industry that weren’t accessible before. Through this, we hope to jointly work towards decoding and resolving prevailing issues and encourage creative and talented minds, which in turn will further enrich the cultural heritage of our country.”

Further, Ms. Soumini Sridhara Paul, Senior Vice President, Hungama Artist Aloud added “This initiative aims to create an open forum to discuss the concerns that women have to contend with to find their place in the modern music industry. We’re extremely happy that this collaboration is taking shape; we hope that the music industry bears the fruitful outcome of this necessary change, and we can build a gender-neutral workspace to carry on our legacy. The initiative wishes to serve as a stepping stone to a largely delayed conversation.”

The absence of female songwriters and producers is nothing short of an epidemic in the industry. The business must make a cathartic change and pave the path for participation from female creators in encouraging numbers. This movement proposes to create a conducive, collaborative space for women to uphold their talent and share their experiences; a space to inspire, empower and celebrate women in music.

IPRS is India’s only Copyright Society registered under the Copyright Act, 1957, and counts more than 5,000 of India’s best-known authors, composers, and music publishers as its members. IPRS is authorized under Sec 33 of the Copyright Act, 1957 to carry on the business of issuing and granting of licenses in respect of musical works and literary works associated with musical works assigned to it by its members as well as to collect and distribute the Authors’ Statutory Royalties, for the exploitation of these works either by way of live performances and/or sound recordings through any medium except when exhibited as a part of a cinematograph film shown in a cinema hall.