Mozez Singh- Director, Producer, Screenwriter who is currently working on an OTT thriller /drama Human and plans on spending his birthday shooting for this project . The next big thing on Mozez's plate is a feature film. It is a very grand film set in the LGBTQ community. He has written it with a couple of more writers and will be working on it once he is done with Human. He hopes to smash all stereotypes with this project. Making this film will be a personal mission for him. 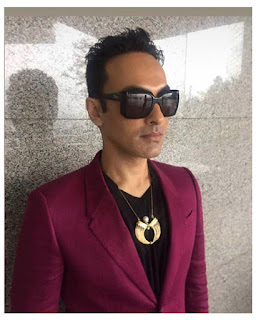 While speaking about his upcoming thriller / drama "Human", Mozez tells us that the idea of Human came from my producer and co-director Vipul Amrutlal Shah. While Mozez wrote the series with his co-writer Ishani Banerjee but Vipul and Mozez have directed it together. Mozez met Vipul in 2019 and Vipul said that he had a film script based on human drug trials. Mozez read the script and though it he was not crazy about it, he loved the idea of human drug trials and thought that it was something unique and new. So he told Vipul that he would like to take the concept and come back with a completely brand new story. Mozez expresses with joy that “ Vipul Sir has been an incredible producer and collaborator and he has really given me all the freedom to shoot tell the story I want to”

Ishani and Mozez went and developed it over three months, with characters and story and Vipul loved it. Human is a very out-of-the-box story and it pushes the envelope in many ways. The Human team is sure the show will surprise and shock the audiences. 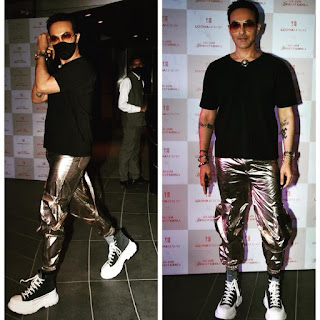 "The best way to spend my birthday used to be having a crazy party but with time that has changed a bit and now it’s just a pleasure to be working on any birthday .We are just trying to work stuff out and we are in the middle of shooting our series Human. I am shooting on my birthday but there are a lot of restrictions that have come up due to Covid-19. Just to be working and going out and shooting, given that there are hundred precautions that we have to take , it is great that I am continuing to shoot on my birthday." says Mozez Singh

Mozez is also in discussion with a few more series, apart from Human and the LGBTQ film. He has been approached by studios and producers to develop a few more projects. He is working on quite a few projects but doesn't want to take on too much on my platter and will take up something full-fledged once he wrap Human and the feature film.