Your passion could be greater than your profession

Is your passion getting compromised under the shadows of your profession? There is no compulsion to transform your entire professional choice, but there could be some room to incorporate your passion in life. 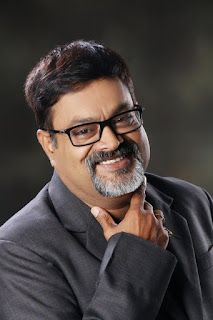 Individuals who have the zeal and courage to live life are the ones who possess rich personalities. The two things that must not come in one's way of that zeal to live are one's age and one profession. We come across so many instances where a person creates a world of dreams for themselves and their future, but with time and age, they move towards a different goal, having these dreams buried somewhere in the past. And since the individual misses out on living their passions, soon there is a gradual shift from living their life to passing their life and hence, perceive their life to be dissatisfactory. Dr.(Er) Azad Jain is one of those personalities who can inspire you to fulfill this dissatisfaction in life.

Dr.(Er) Azad Jain, B.E. (Civil) M.E. (Structure) PhD, served as a Civil Engineering Design Consultant for 30 years after finishing his academics. He has worked not only over PAN India but also overseas. He has also worked in government (State and Central level) as well as the private sector in the construction industry. Along with townships, his work portfolio also includes major projects like highways, hospitals, and medical colleges and headed various national professional bodies. His wife, Ar. Asha Jain has contributed significantly and is credited for his achievements and success.

Dr. Azad, the one who turned his passions into his profession says, "During these 30 years of my life, I would be bothered by the absence of cinema, film making, and acting. There's hardly any Bollywood or Hollywood movie that I have not watched. I would find myself thinking about how to produce a film, figuring out how to get into the acting industry, and this crystallized my intention to get into the territory. This is the reason why I stand before you in a new avatar."

As we all know, world-renowned Anupam Kher's school of acting, Actor Prepares, has produced well-known artists and Dr. Azad pursued his diploma course in 2018 that marked the start of his journey on this path. Dr. Azad has been a filmmaker as well in the past 2 years. His short films have received many National and International awards, that are available on various streaming channels like Disney +Hotstar, Mx Player, AirtelXstream, Shemaroo, and Pocketfilms. His short films 'Upma', 'Tedhe', 'Pardon', 'Life 2.0', 'The Pitchman', 'Albert Pinto Ab Bhi Gussa Karoge', 'Dad David and Danny', 'A Lil Imperfect', 'Chhotu', 'Missing Dada', and 'You Changed Me' have received several awards at the popular film festivals. He is soon to appear in a feature film and web series.

Dr.(Er) Azad Jain is a real-life example of inspiration, whose passion was not neglected amidst the responsibilities and his profession. No matter how much success one achieves, there stays a desire to fulfill one's life more meaningfully. And so, one should have the courage to follow their dreams and passions in life. It is not necessary to make one's passion a part of one profession but to take some time out and practice it in one daily life.