Celebrate a musical night with Khumaar 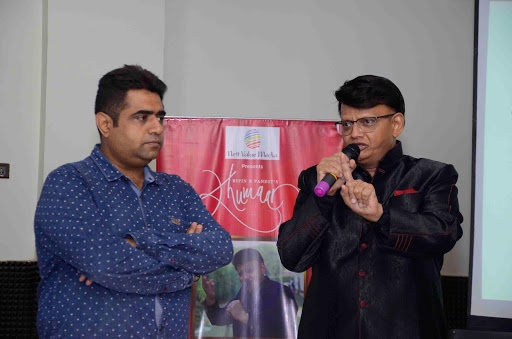 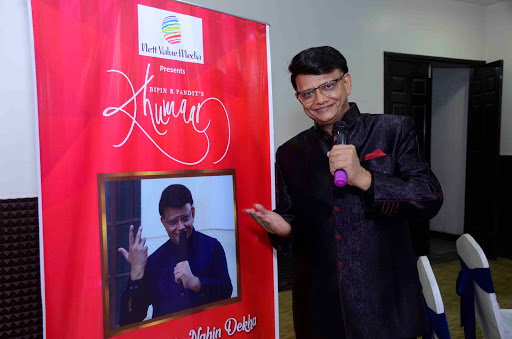 Indore, June 22,  2019: In almost all the auditoriums of the Mayanagri Mumbai, Bipin R. Pandit, has won thousands of hearts with his musical show of Khumaar, and now he is coming to spread his musical magic in Indore on June 29, in Abhay Prashal Auditorium. This musical event is being organized for the past 14 years, where some of the country's hidden signature talents have the opportunity to showcase their talents in front of Music Lovers. Before the concert on June 29, a press conference was held on at Hotel Best Western plus O2, South Tukoganj where Bipin R. Pandit along with his other members of the team was present. Bipin R Pandit, who is lovingly called as Dildaar, Sadabahar and Yaaron ka Yaar, while addressing the media, spoke about the Khumaar show being held for the first time in Indore.

During this Press conference, Bipin Pandit said, "Khumaar is a musical show that is famous among people of all ages. Our entire team is very enthusiastic about organizing the show in Indore and hopes that all the audience will have a musical evening. It will be very enjoyable and we will get a chance to listen to new singers and appreciate new talent". The status of Khumaar is much higher than any other musical concert. Here, one can find the best mix of solo-duet, classical, Kawwali, new songs, and regional songs. Khumaar, started from a few number of auditoriums in Mumbai, has become a national show today. This show is not only being held in different corners of the country but also the performers performing in it come from different cities like Mumbai, Baroda, Ahmadabad and Indore.

Bipin R. Pandit has received praise not only from the music industry but also from many celebrities of the corporate world for Khumaar concept. It's a Khumaar is a properly segmented show. He had a organized the musical night of singer Pandit Bhimsen Joshi, who had sung the song "Mile Sur Mera Tumhara". Not only that, he wrote a banner on Master Blaster Sachin Tendulkar, for which Bharat Ratna Sachin Tendulkar sent him a personal letter of praise.

Khumaar can also be seen as a talent hunt platform, which gives talented singers who come from small towns in the country to work with the renowned musicians of the music industry. With the hard work of a decade long, Khumaar has transformed into a brand today. Since this musical show being held for the first time in Indore, a special discount of up to 15 percent of the show's maximum ticket purchase is being given. Sponsored by Mr. Janardhan Pandey of Net value Media, Khumaar's PR partner is  'PR 24x7' and online media partner is Troopel.com.

Bipin R Pandit works as a chief operating officer of the biggest and the busiest Advertising club in the world which is known as TAC ie The Advertising club . This Association is known for organizing biggest Advertising, Media and Marketing events of the country. Bipin R. Pandit is employed with the Ad Club for the last 22 years. While praising the wonderful work of Bipin R Pandit, many a veteran masters of Advertising, Marketing and Media industry have written many articles about him. Bipin R Pandit also launched a Coffee Table book based on a completely different concept that has been released by the famous music composer of the Industry, Pyarelal Ji. Bipin R Pandit has written the best lines/ banner on Sachin Tendulkar, which he had shown in Sydney Cricket match for which Bharat Ratna has written a personal letter of appreciation to him. He has also compered a show of Bharat Ratna Pandit Bhimsen Joshi.  Not only that, but in the last five years, Bipin ji is also being included in the list of the 450 most influential advertising media and marketing professionals of the country by Campaign India.

For Donor passes and further details about Khumaar, Contact