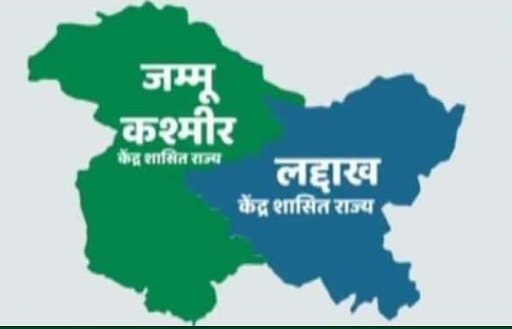 * Article 370 (that grants special status to Jammu and Kashmir) scrapped

* J&K, Ladakh to be Union Territories

* Ladakh UT will be without a legislature

* JK UT will be with the legislature

New Delhi: The Centre on Monday, August 5, 2019, scrapped Article 370 of the Constitution that grants special status to Jammu and Kashmir, with an order saying “it shall come into force at once". The abrogation follows the Centre introducing the Jammu and Kashmir Reorganization Bill in Parliament. 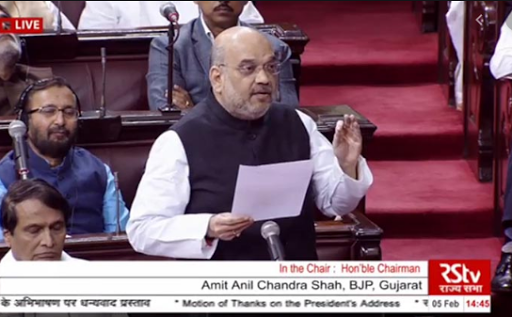 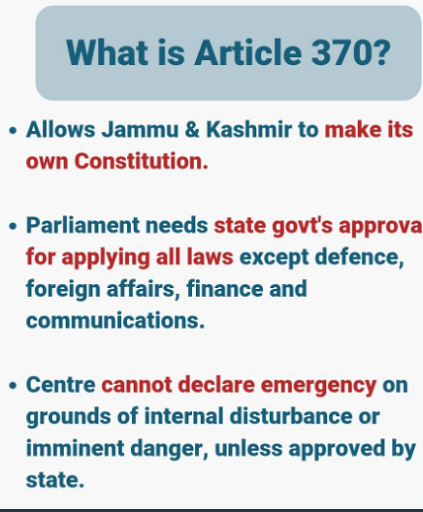 The scrapping of Article 370 will have far-reaching repercussions on the restive state as the abrogation suspends the clause that allowed all laws to be first be ratified by the state assembly, which currently stands dissolved. 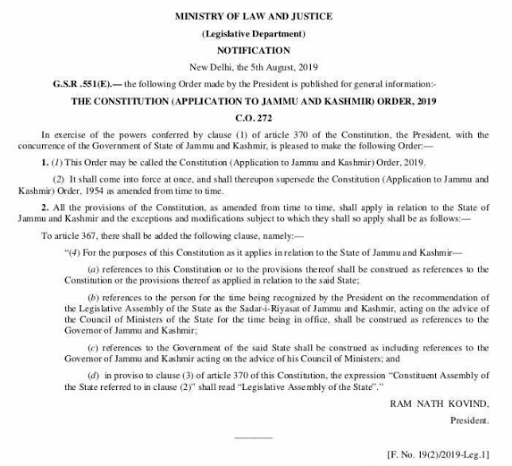 “Under Article 370 there is a provision that the President may by public notification declare that this article shall cease to be operative… from such date as he may specify… Because there is President's rule, all decisions of the Assembly will be taken by the House and we can pass the order with the majority," Shah said in the Upper House. 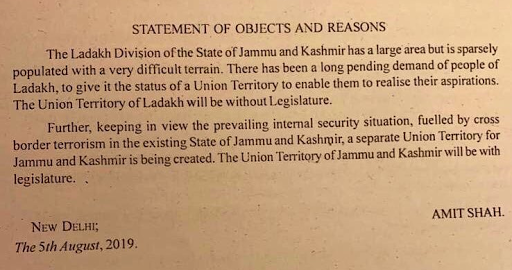 Article 370 laid down that except for matters related to defense, foreign affairs, communications and issues specified in the Instrument of Accession of Jammu and Kashmir, Parliament needs the state government's ratification for all other laws. So far, residents of the state lived under a separate set of laws, including those related to citizenship, ownership of property and fundamental rights.

Jammu and Kashmir will now be governed by the laws applicable to other Indian citizens.

The Upper House was rocked by an uproar following Shah's statement, with Leader of the Opposition Ghulam Nabi Azad saying, “Kashmir is under curfew, chief ministers and party leaders are under house arrest, there is an environment of war in Kashmir." 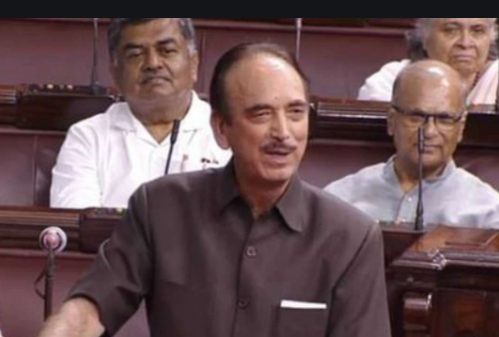 Azad hit out at the Centre saying, “Today the BJP has murdered the Constitution as well as a democracy by scrapping Article 370. The very Article that gave special status to J&K and linked it to the country has today been done away with mercilessly."

Shah responded to Azad saying, “This is not the truth. Article 370 has not linked J&K to India. It has only alienated J&K from the country. Only three families have looted the state and have benefited from it. The country wants to know why Article 370 was extended for so long, why people did not benefit from the reservation, why so much money was pumped into J&K but why are the people still poor? Not a second should be wasted in removing Article 370." 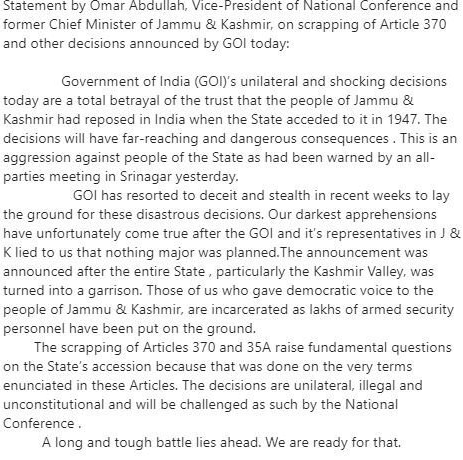 As a pre-emptive measure, Section 144 of the Code of Criminal Procedure (CrPC) was imposed in the state, which prohibits the gathering of four or more people, late on Sunday. Both former chief ministers, Omar Abdullah and Mehbooba Mufti, were placed under house arrest. Communication lines, too, were snapped, and internet and mobile services suspended. 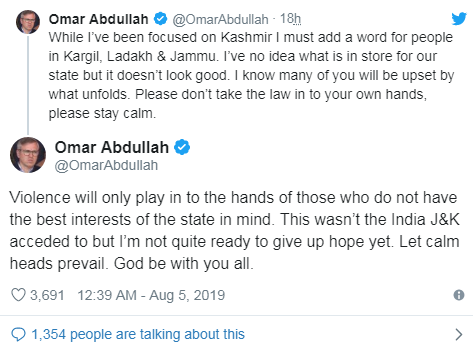 Former J&K chief minister and Peoples Democratic Party chief Mehbooba Mufti, who was placed under house arrest on the intervening night of Sunday and Monday, took to Twitter to hit out against the abrogation. 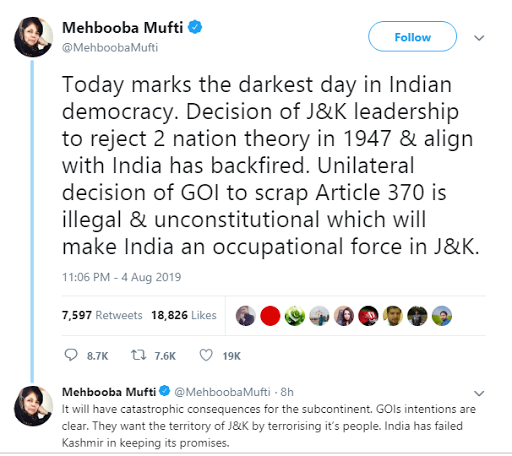 “What did J&K get for acceding to India? Another partition along communal lines? Our special status isn't a gift bestowed upon us. It's a right guaranteed by the same Parliament. A contract entered into by J&K leadership and India. Today the very same contract has been violated," she tweeted

The notification also made clear that all the provisions of the Constitution as amended from time to time, shall apply in relation to the state of Jammu and Kashmir and the exceptions and modifications subject to which they shall so apply.

It also added a clause (4) to Article 367 which said,"(4) For the purposes of this Constitution as it applies in relation to the State of Jammu and Kashmir - 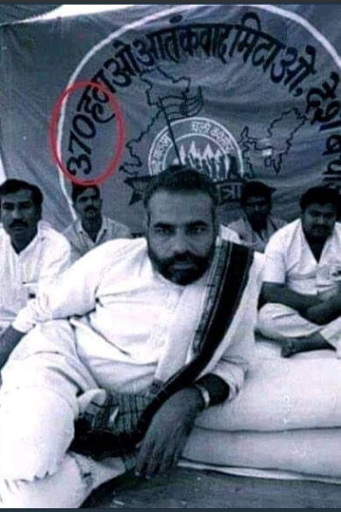 A rare snap of Narendra Modi Ji protesting against article 370.