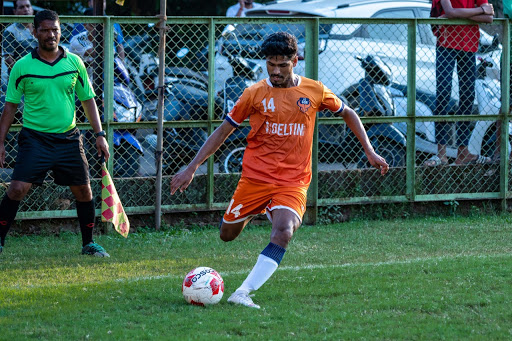 Goa, June 30, 2020: FC Goa is delighted to announce that Developmental Team stars Nestor Dias, Lesly Rebello and Kapil Hoble have all committed their futures to the Club.

Nestor Dias and Kapil Hoble have both signed new deals that will keep them at the club till 2022, while Lesly Rebello’s contract has been extended till 2023.

The three Goans have played an important part of the youth setup in the past few years and are expected to be an integral part of the Dev team in the coming season. Lesly Rebello helped the Gaurs lift the GFA U-20 Championship, while Kapil Hoble and Nestor Dias both led the charge for the Club’s Goa Professional League and Police Cup triumphs in 2019.

“I feel very happy to sign this contract,” explained Nestor after signing a fresh deal.

“This is a new challenge for me and I want to work very hard and prove myself.”

Kapil Hoble was equally pleased to pledge his future to the Gaurs.

“This is a great day for me and my family, and I want to repay the faith that FC Goa has shown in me by working hard and improving further. For me it's the validation of my efforts and motivates me to do more for the team,” Kapil said.

“I want to thank the club for giving me the opportunity to continue playing here and fulfill my dreams to one day make it to the first team.”

"We are pleased to extend the contracts of Nestor, Kapil & Lesly. All 3 of them have shown great promise over the past two seasons and we're sure that they'll continue to make progress with us. We have high hopes for them and are gearing them up to push themselves for a role in the First Team.

All three players had offers from various other clubs but their commitment to FC Goa shows that our players are also believing in the work we do in developing players and their strong affiliation to the Club. We hope they can continue their good performances and become first team regulars in the future.”

Over the past couple of years, the Gaurs have laid huge emphasis on youth development. FC Goa is one of the few Clubs that has a complete ecosystem with its teams competing at the U-14, U-16 and U-18 levels, along with the developmental team. It is a testament to the strength of the Developmental team that 7 players have been promoted to the first team in the past couple of seasons.

Co-owned by Mr Jaydev Mody, Mr Akshay Tandon and Mr Virat Kohli, FC Goa is one of few Indian Clubs to have a complete youth development ecosystem. It’s U14, U16, U18 and Developmental Teams compete at the highest levels in Goa and nationally. The system has produced recognizable talents like Saviour Gama, Princeton Rebello and many more. The Gaurs are also the current Champions of the Goa Professional League, GFA U20 & GFA U18 Leagues.