Raises 18MM Series B Investment Round 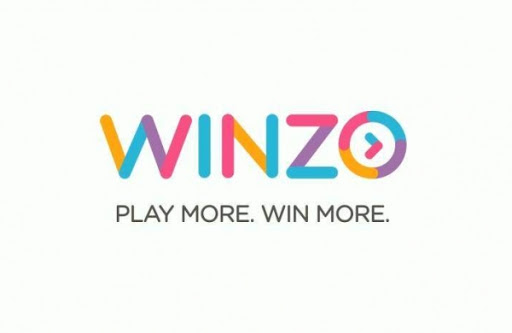 New Delhi, September 3: With the goal of disrupting Bharat’s vernacular entertainment, WinZO has announced its $18MM Series B investment round led by global interactive entertainment fund, Makers Fund based in Singapore, and New York based Courtside Ventures. Both funds are making their first ever investment in India through WinZO.

WinZO plans to strengthen its content pipeline, captivate mobile-first consumers and their gaming needs, and become the go-to gaming app in India. The company’s revenue has grown 1500% and acquired 20MM users in the last 12 months, on the back of a strong word of mouth,product market fit with players who spend more than 45 minutes everyday on WinZO’s platform. WinZO has achieved this on the back of their dense network of vernacular micro influencers and 30+ partner Game Developers through which it strives to become the go-to Gaming platform for Bharat.

Makers Fund is a global interactive entertainment focused venture capital fund based out of Singapore with over 30 investments across North America, Europe, and Asia; this is Makers' first investment in India. Regarding the investment, Michael Cheung, Partner at Makers Fund shared, “WinZO is at the heart of India’s gaming evolution, a geography we’ve been tracking for some time. Paavan and Saumya’s success through a hyper-focus on their player ecosystem is evident, and a clear asset as they accelerate their growth.”

Kalaari Capital, which first invested in WinZO in 2018 and led the company's Series A in 2019, also participated in the round. WinZO is Kalaari’s second largest bet in gaming after Dream11. “Mobile gaming is a large opportunity in India, and in a short span of time, WinZO has built a high quality vernacular gaming platform for the masses. We are really proud of their progress & their superior metrics (retention, time spent, etc.) that are a true reflection of customer experience. We are very excited to partner with Makers and Courtside in the next leg of WinZO's journey and bring superior entertainment to the next 200M gamers,” said Rahul Garg, Principal at Kalaari Capital.

Paavan Nanda, one of WinZO’s co-founders said, “With Series B funding, we are thrilled and humbled to welcome like-minded business partners into our WinZO family. Along with their network, support and fresh financing, we are confident we can propel WinZO even further as a business and become an even more lovable product for our customers. It’s time to put all the learnings and experiences of the past toward building something huge!"

WinZO is the largest vernacular gaming platform in India, launched in early 2018. The company partners with third party game studios to host their games on their Android app, creating a Netflix-like experience for users, who can enjoy multiplayer formats with their friends or strangers in a localized fashion. The platform is available in 12 languages with over 25+ million registered users. Clocking over 1 billion micro-transactions per month, WinZO offers 70+ games across various multiplayer formats. This vernacular social gaming platform focuses on building a community of gamers and game influencers in Tier 2 – Tier 5 cities of India. WinZO is designed to deliver strong positive unit economics in the Indian gaming ecosystem, which experiences one of the highest engagements globally, through a unique micro-transaction led model.

WinZO was founded by Paavan Nanda, a second time entrepreneur, and Saumya Singh Rathore. It boasts a team of 40 members, making it one of the leanest startups to raise Series B financing of this order.

Makers Fund is a venture capital fund dedicated to furthering the growth and innovation in the global interactive entertainment industry. It supports founders by combining deep industry experience globally with multi-stage investment across seed to series B.

Courtside Ventures is a New York based venture capital fund backing founders that are transforming the intersection of sports, technology, and media. Built on the backs of highly specialized sports and media entrepreneurs and investors, Courtside Ventures look to utilize their industry networks and deep domain knowledge to bring value to their companies