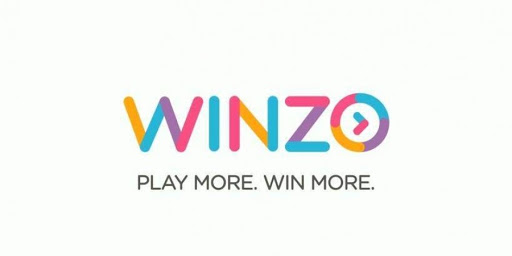 The company had earlier announced Fund I of $1.5 million in July 2019. In response, it received 250+ applications from large and small developers and ended up deploying the capital across 9 teams. It onboarded all those projects on WinZO’s platform. Given the way Indian Gaming engagement has gone through the roof on the back of COVID19 and ban of Chinese Apps such as PUBG, Tiktok, company has increased its allocation amount to $5MM in order to have a strong impact on boosting the Indian Gaming Ecosystem. This move is in line with Prime Minister’s Atmanirbharta mission where in the company is scouting to fund projects in interactive entertainment space. Applications are open till December 31, 2020.

Announcing the fund, Paavan Nanda, Co-founder, WinZO Games, said: We feel excited to announce the launch of Game Developer Fund II. Through this initiative, we are committed to uplift the Indian Gaming Ecosystem which is at the cusp of disruption. There is infinite talent and creativity and we would like to offer everything else that’s required for a team to create a dent in this space and create gaming products for the entertainment-starved Bharat. We are not just focusing on Gaming projects but also equally keen to evaluate Game Ops, Streaming, Esports, etc related proposals. We also ensure a sustainable revenue stream by providing a ready-made market for the selected projects by introducing them to our 25 million+ registered user base.

The platform currently offers its users 70+ skill-based games on its android app in 12 regional languages. WinZO received over 250+ applications for the previous fund, of which it has already onboarded 10+ games. These games were from across genres including casual games, board games, battle royales, arcade games etc.

The mission for WinZO is to onboard 500+ new exciting games for its users and bring the best of entertainment for the mobile first audience.

Mr. Ranjan Shrestha, of Bhoos Entertainment, who runs a four-membered game studio and was one of the beneficiaries of WinZO’s developers fund said: “We had multiple games which were not doing so well on playstore and other stores in terms of revenue generation. However, after partnership and integration of those games on WinZO, we have received huge traction from the same games, thanks to the specialization of WinZO in promotion and marketing. Algorithms to push the content to the relevant audience helped drive the engagement further. We have seen 10x more returns than any other sources and we do not need to worry about the monetization and distribution at all. Our sole focus is to build high quality games.”

WinZO is the largest vernacular social gaming platform in India, launched in early 2018. The company partners with third party game studios to host their games on their Android app, creating a Netflix-like experience for users, who can enjoy multiplayer gaming formats with their friends or strangers online in a localized and personalized fashion. The platform is available in 12 languages with over 25+ million registered users. Clocking over 1 billion micro-transactions per month, WinZO offers 70+ games across various multiplayer formats. This vernacular social gaming platform focuses on building a community of gamers and game influencers in Tier 2 – Tier 5 cities of India. WinZO is designed to deliver strong positive unit economics in the Indian gaming ecosystem, which experiences one of the highest engagements globally, through a unique micro-transaction led model.

WinZO was founded by Paavan Nanda, a second time entrepreneur, and Saumya Singh Rathore. It boasts a team of 60 members. Some of the major investors backing WinZO are - Makers Fund, Courtside, Kalaari Capital. WinZO is also backed by Stephan Pagliuca - Co-Chairman of Bain Capital and Co-owner of the popular NBA Basketball team, Boston Celtics.