Will Vivaan find out about Debu’s presence as a ghost around him?

Baalveer Returns is set to enthrall the audience as the upcoming episodes take an intriguing twist as Debu’s (Dev Joshi) presence in his soul form will be felt by not only Ray but also Vivaan (Vansh Sayani). The upcoming episodes of Sony SAB’s beloved fantasy show, Baalveer Returns is set to take the viewers through an exciting journey as Vivaan finally feels the presence of this mysterious energy which continues to help him save the world. 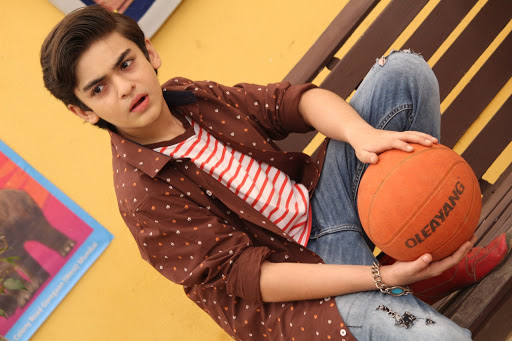 Baalveer aka Debu continues to protect his partner Vivaan in his soul form. While no one can see Debu but recently Vivaan gets a feeling of an unknown presence around him,guiding him and helping him through tough moments. Eager to know more about the energy that is helping him, Vivaan embarkson a mission to find a tool that will help him see this unknown guardian and reaches Veer Lok to find a solution. On the other hand, Ray (Shoaib Ali) with the help of a magical pair of glasses, has already seen Debu in his soul form but loses the pair of glasses in Bharat Nagar.

Vansh Sayani, essaying the role of Vivaan said, “The challenges for Vivaan continue to rise. It has been an entirely new experience shooting for the episodes as we were all used to acknowledge the presence of Baalveer or Debu around us. Now while shooting, even though Dev bhaiya is beside me, I have to act as if he is not around. It has been fun to shoot in this new way. Sometimes it is challenging since how do you ignore the person standing next to you. The episodes further are set to get exciting as Vivaan has finally felt the presence of an unknown energy. So, stay tuned to know how Vivaan plans to find out about his invisible helper.”

To know more, keep watching Baalveer Returns every Monday-Friday at 8PM only on Sony SAB