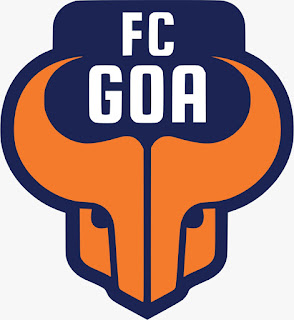 Goa, January 7, 2021: Devendra Murgaokar is literally living his dream. Told to fill up a form at his college last year, there was a question that he remembers pertinently. “If you could have any job in the world, what would it be?”

He didn’t need to give it a second thought. “To play in the ISL for FC Goa.” It was as clear and unambiguous an ambition as any for a Goan kid growing up with dreams weaved in the world of football. 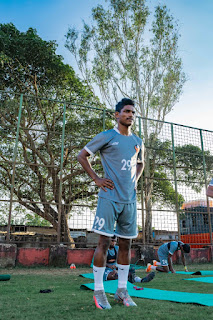 After getting his first taste of Indian Super League action against Jamshedpur, he was thrown into the mix again, this time against SC East Bengal as the Gaurs looked to break the deadlock against the Red and Gold.

The situation though turned a bit awry. The hearts of FC Goa faithful would have sunk for a bit as Bright Enobakhare pulled all the rabbits out of his hat to conjure up arguably the best solo goal scored this season in the Indian Super League.

The Gaurs, though, had been on this road before. And the comeback kings delivered within two minutes of going behind - this time through Devendra Murgaokar who rose highest to head home the vital equaliser. 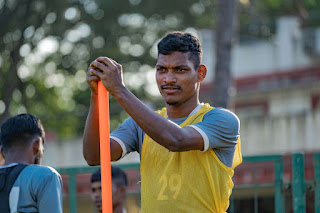 “I was just waiting for my moment,” said Devendra following his breakthrough game in a chat with fcgoa.in. “When I saw Saviour getting space on the left, I made my run. That’s something I have been doing since I was young. In practices, in the youth leagues and the Goa Pro League. My instincts just took over and I was at the spot at the right time for the equaliser.”

“Devendra is talented, undaunted and willing to do whatever it takes to succeed. That’s why I can trust him in these kinds of situations,” stated Ferrando. “

In many ways, Murgaokar embodies everything that FC Goa envisages to do - to give the talented kids of Goa a real platform to shine upon. Time and again Juan Ferrando has sounded out that alongside winning, developing the youngsters at the club is also a big part of the project here.

And he has backed his talk with the walk.

Princeton Rebello has started to come along well in his development - notching up starts, even though sporadically. Saviour Gama and Romario Jesuraj have become permanent fixtures whilst others such as Aibanbha Dohling, Ishan Pandita and Devendra, himself have also been given playing time in accordance with the situation the team finds themselves in.

“Devendra really is a delight to have and can really impact the game in the attacking sense,” remarked Ferrando after the game. “He can play both in the middle and the wing. He has really been improving ever since I came in. His dribbling has become better and he has a real shot that can trouble the keeper. And all that’s on him and his dedication.”

For Devendra, this is a dream come true for sure, but one that he feels is only starting.

“I am really grateful to the coach and management. I thought I would get a crack at the ISL earlier. I was a bit crestfallen when I didn’t get much attention even after finishing as the top scorer in the Goa Pro League,” said Devendra on his journey.

“Timing is important I guess and I am in the best position to take my next steps. The coach is really detailed and helps me improve every day. I have a brilliant set of teammates. I believe this is just the beginning. I have a long way to go with FC Goa.”