It was on June 25th, 1983 that India lifted the Cricket World Cup. I vividly remember the shock turning to joy as we heard the commentary. We were not supposed to have been in the quarterfinals, definitely not in the semifinals, and winning a world cup final in which the West Indies legends Clive Lloyd, Vivian Richards, and Gordon Greenidge in full flow…only lunatics would have given India a chance. For an optimist who had turned 21 the previous day, there could not have been a better way to start my 21st year…my country India was the world cricket champion! 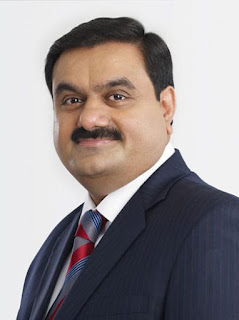 Likewise, the Indian cricket team’s victory on January 19th, 2021 at the Gabba will go down in history as one of the greatest days of Indian cricket. These were two of the world’s best teams from two nations that share a terrific relation, two of the countries that send the best of the players to the IPL, and two teams that are known for their drive and attitude to want to win. It had been a terrific series with both teams tied 1:1 at the end of the third Test match and even the fourth Test match was open until the last session of Day 5. The setting could not have been more dramatic!

My objective is not to discuss which team won – it is more to discuss the power of youthfulness that is increasingly defining India as well as much of what we see around us happening in the world. Rishabh Pant, Mohammed Siraj, Navdeep Saini, Shubman Gill, Shardul Thakur, and Washington Sundar were testimony to what the new India can and will be. Attitude counts. Belief counts. Most of all Spirit counts. This was more than cricket. These youngsters reflected the attitude, belief, and spirit of our nation.

I was inspired enough after this win to look up the personal journeys of these youngsters.  Every single story is one of sacrifice, struggle, and intense dedication. None of them had it easy given the sheer numbers and depth of talent in Indian Cricket but because of this very reason, they demonstrated the resilience to handle the pressure. Getting a permanent slot in the Indian test team is increasingly getting harder and this was evident in the way these youngsters played. They are reflections of India’s new found attitude that is creating an ecosystem of youngsters with tremendous resilience, and they take chances - not just in cricket - but across all fields. These youngsters are a reflection of the fundamental principle that it is only those that are fearless about consequences and take the risks that deliver outsized results.

Our Gabba win is a testimony of a broader attitudinal change. Talent that takes risks will get to the top in a field where competition is intense. After all, to rise and shine within a population of 1.3 billion is no easy task. The Indian start-up world now has over 27,000 startup companies. This makes us the third largest start-up ecosystem in the world. I have absolutely very little doubt that this will only further accelerate. We are sitting on the cusp of an upcoming start-up explosion boom which I expect to lead to the creation of dozens of unicorns in the decade ahead and the several cascading innovations and fund flows that this will lead to other spin-off benefits. This is a real power that India’s youthfulness is giving our nation. This is the real manifestation of a growing middleclass with a demographic advantage.

There is so much I have learned from sports. From a corporate perspective, the Gabba win further reinforced my belief in the way we should be building organizations today – the best way you create outsized chances - is to give the youngsters a chance. Pick attitude over experience. Pick passion over polish. Pick the raw power of execution over planning.

Congratulations to both the teams for a super series – it brought out the best of 22 players from two great nations. It further reinforced my belief in the power of youth.