January21, 2021: Saregama, India’s oldest music label and the youngest movie studio, announced its financial results for the 3rd Quarter of the Financial year 2020-21. Company PAT at Rs 316 Mn registered a 201% growth compared to same quarter last year. Even on QoQ basis, the Q3FY21’s consolidated turnover at Rs. 1,339 Mn and PBT at Rs 414 Mn grew by 24% and 8% respectively. 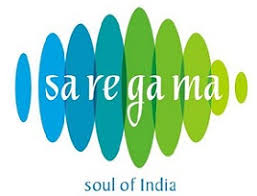 Saregama has consistently been able to increase monetisation of its IP (music, films, TV serials) over the last 12 quarters. Digitisation and low cost of data in India remain the growth driver of content consumption. This is further fuelled by the increase in smartphones & rising popularity of OTT apps.

With no new films getting released, Saregama focussed on creation/ acquisition of non-film Hindi and regional language songs over the last 10 months. Saregama has also bought music rights of four big banner Hindi films, expected to release in the next 6 to 14 months.

The Company recently launched Carvaan Mini Kids and Carvaan Karaoke, both of which have met with a lot of customer appreciation. Saregama sold 138K Carvaan units in Q3 FY21, up by 70% QoQ.

Saregama released the film ‘Comedy Couple’ on Zee5. The film has received 7.5 IMDb rating and has been trending since launch. With this movie the Company’s movie studio Yoodlee has released 15 films over the last 38 months.

The Tamil serial ‘Roja’ continues to reign at No.1 position (by TRPs) across all Tamil channels. Its views on Youtube have also grown significantly. Buoyed by its success, Saregama launched its 3rd serial ‘AnbeVaa’ on Sun TV during this quarter. Within two months, the program has started getting high TRPs.

The fast growing digitisation-of-India, buoyed by present Covidsituation, is the key driver of change in content consumption habits. This trend is expected to continue for a long time, and Saregama has aligned its content strategy to ride on this digital wave.

Formerly known as The Gramophone Company of India Ltd, Saregama owns the largest music archives in India, one of the biggest in the world. The ownership of nearly 50 per cent of all the music ever recorded in India also makes Saregama the most authoritative repository of the country’s musical heritage. Saregama has also has expanded into other branches of entertainment - publishing, film production and digital content.