• The MoU was signed between Amrita and Swiss Federal Institute of Technology Lausanne (EPFL) in Switzerland for working together on the Project, in collaboration with University of Pavia in Italy and Aix-Marseille University in France

February 18, 2021: Amrita Vishwa Vidyapeetham has become the first Indian University to partner with European Union's Human Brain Project (HBP) that has 143 university institutes in Europe working together to better understand brain function and develop solutions to cure brain diseases. A MoU was signed between Amrita and Swiss Federal Institute of Technology Lausanne (EPFL) in Switzerland for working together on the Project, in collaboration with the University of Pavia in Italy and Aix-Marseille University in France. 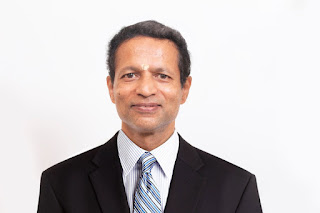 The development comes close on the heels of Amrita Vishwa Vidyapeetham launching the Amrita Mind Brain Center (AMBC) at its Amritapuri campus in Kerala to strengthen fundamental research related to brain, cognition, computations and neuro-engineering. Led by Associate Professor Dr. Shyam Diwakar as its Director, the Center will develop new technologies to investigate brain function, dysfunction, and therapy.

Talking about the MoU, Dr. Shyam Diwakar, Associate Professor, Amrita School of Biotechnology, Amrita Vishwa Vidyapeetham, said: “Functional signals directed by MRI techniques are widely used in specialty hospitals to monitor brain activity non-invasively. However, to connect these signals to the underlying activity of brain cells or neurons has been a challenge. In a project called BOLDsim, which is a part of Human Brain Project’s voucher grant, we will develop a new computational tool for modeling functional signals in the brain using cellular data-driven models.” 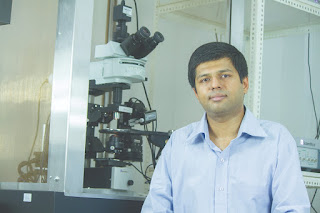 The BOLDsim projectwill model special signals generated by brain activity, called the blood oxygen level dependent (BOLD) signals, using cellular-level data available with the HBP's Brain Simulation Platform as well as with the team of Prof. Egidio D'Angelo of University of Pavia in Italy. This model will be made freely available to neuroscience researchers and to the whole-brain simulator called ‘The Virtual Brain’ that is being developed at Aix-Marseille University, France. Modeling will allow experts a clearer look to understand how brain conditions manifest and to point changes in neural circuits during certain healthy or disease conditions as seen in patients. The HBP project will run until 2023, although its first-level stage is expected to be completed by October 2021.

Said Dr. Shyam Diwakar: “Neuroscientists often want to understand health and disease in the brain and spinal cord from both cellular and behavioral levels to correctly map how a disease affects a person. Since 2009, we at Amrita have been developing models of cerebellum and how its signals are affected during various conditions. We have been using experimental data and computer simulations to develop a better understanding of how the brain operates. The BOLDsimproject will enhance the usability of our computer models and scale a new dimension towards assessing brain health and disease. It will allow a new understanding of how the brain computes, in addition to being used as medical prediction models.”

Said Dr. Venkat Rangan, Vice-Chancellor, Amrita Vishwa Vidyapeetham: “I am very happy that Amrita has become the first University in India to partner with EU’s Human Brain Project and will model a simulator for better understanding of brain conditions and brain function. Amrita is a research-intensive institution that has over the last 15 years established more than 180 collaborations with the top-500 world-ranked universities. This MoU will add a new dimension to our university’s cutting-edge neuroscience research.”

Amrita Vishwa Vidyapeetham is a multi-campus, multidisciplinary Institution of Eminence accredited by NAAC and ranked the 4th Best Overall University in India in the 2020 National Institution Ranking Framework (NIRF). Amrita continues to be the No. 1 Private University in India as per THE 2020 world rankings as well.The university is spread across six campuses in three states—Kerala, Tamil Nadu, and Karnataka—with headquarters at Coimbatore. Amrita partners with academic, industry, and governmental institutions across the world to accomplish human-centered, translational, and groundbreaking research. To date, Amrita has more than 500 collaborations from more than 200 signed Memorandums of Understanding (MoUs). Some of Amrita’s partners include Harvard University, Columbia University, King’s College London, KTH - Royal Institute of Technology, VU Amsterdam, the British Geological Society, University of Oxford, Italian National Research Council, Deakin University and the University of Tokyo.Sri Mata Amritanandamayi Devi (Amma) is the founder and Chancellor of Amrita Vishwa Vidyapeetham. A world-renowned humanitarian leader, Amma is the guiding light of Amrita. Amma’s words, thoughts, and vision for education and research have shaped the university’s mission and vision.

The Mind Brain Center at Amrita Vishwa Vidyapeetham was initiated by the Chancellor Amma (Sri Mata Amritanandamayi Devi) to support the University's initiatives on brain and mind sciences and technologies to help understand neurological conditions. The center will develop neuro-inspired methods and brain-inspired artificial intelligence algorithms and devices. The focus will also be to inspire young minds to study and solve brain and behavior related problems while connecting scientists, engineers, physicians, and the community to tackle the challenges of brain-related wellness and disorders. The center will create original research in neurosciences, neuro-engineering and cognitive sciences to guide the development and implementation of academic programs to educate the next generation of innovators who are focused on improving the quality of mental and physical health. The Center will be involved in undergraduate and postgraduate engineering and science programs, especially in neuro-inspired AI, neural engineering, cognitive sciences and computational neuroscience.