Manoj Tiwari to be seen in & TV's upcoming crime-series, 'Mauka-E-Vardaat.'

Having received immense appreciation from the audience for its varied content 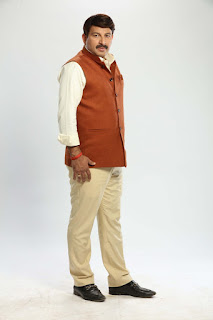 and stories that celebrate every facet, flavour, character and story authentically bringing alive the essence of our Indian culture, &TVnow gears up to present a riveting weekday crime series titled 'Mauka-e-Vardaat'. The show will highlight mysterious crime cases that will boggle the audience's mind, compelling one to believe that the rhetoric' reality is stranger than fiction'. The show will have an immensely popular and eminent personality, Manoj Tiwari giving a glimpse into the most perplexing crimes. Talking about his association with the show, the singer turned actor turned politician, Manoj Tiwari shares, "I wanted to be a part of a show which brings about a positive change in the society and spreads awareness on a pressing issue such as crime. When I was offered & TV's Mauka-E-Vardaat, I found it the perfect platform, as the show offers a differentiated content and has a great appeal. The show will present the most gruesome and baffling crimes that will challenge viewers' imagination and offer an edge-of-the-seat thrill. The world of crime keeps updating itself with new tricks and methodology, and people need to identify the signs of impending danger and be aware of it. We all have put in a lot of efforts in making this show gripping and relevant, and we hope that the audience will appreciate the content."