From an Intern to the CEO, Journey of a Unicorn Potential Startup Founder

The startup world is a lucrative dimension for every ambitious person in India, but it does NOT accept and reward every aspiring entrepreneur with the same enthusiasm. In recent years India has emerged as the biggest “Startup-Hub” around the globe. With lots of ideas and passion top solutions to the problems being faced by people, India has seen some remarkables and individuals who have brought digital transformation to the Indian market. One such inspiring journey is of Mr. Rohit Verma an inspiring entrepreneur who aspires to unify and connect the complete Indian marketplace with his startup. His journey from being an intern to being the CEO of a unicorn potential startup is truly inspiring for the youth of India. 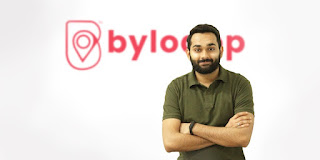 Born and brought up in a Marwari Business Family in Indore, Rohit had a privileged childhood as his family had a successful construction business led by his Lt. Grandfather. From the very beginning, he had a keen interest in understanding the world of business and joining the corporate ladder in the UK. So, to pursue his desire to work abroad, he decided to drop out of collegeand prepare for I.E.L.T.S. He was all sorted to pursue his career in the UK but some last moment changes led him to withdraw his plans, making him a college dropout with no work experience and no future plans. This phase was rock bottom for him as he could not fathom what he should do further, leaving him in despair and hopelessness for months.

Rohit soon realized that he can’t stay like this forever and decided to pull himself out of this phase. So, after months of despair, he appeared for an interview and luckily got an internship in a mobile app development company. It was his life’s first and last interview and a life-changing

There he tried learning everything where he could get his hands on. Starting from doing Google

search, data entry as an intern to managing the complete project as the Business Development

Manager, he worked and got experience in every job role in the company. During his corporate

tenure, he worked with more than 500 startups of multifarious industries and from different parts

doing and discovering the best he could ever possibly do.

in the digital domain, laying down the foundations for him to change the course of the Indian

could solve with the help of technology. And, that realization was the beginning of his

Finally, with the visionary goal to make India a "Digitally Advanced Community", he started

comprises the major contributors of the nation’s growth - The Indian Market.

In his own words, Rohit revealed that the idea was simple, it was to follow the 80/20 rule,

A survey conducted by the Facebook group revealed that there are more than 42.50 million

SMBs in the market and only 1.5 million are using online marketing and advertising tools. And

there are 330 million Indians using social media platforms, relying on foreign platforms to

explore the marketplace and the offers. So, to solve this problem Rohit came up with the idea of

customers and merchants. Since this community is the future of India and the early change

acceptors as compared to their previous generations. With this community, Byloapp India is

According to Rohit, the advent of technology in Indian commerce is unprecedented but Indians

are dynamic and need an Indian way to enhance their shopping experience. And that’s where

and customer community. It is a commission-free platform and helps them in discovering each

other’s presence in the marketplace. Rohit successfully managed to bring the Millennials & Gen

Z community of merchants and customers under a single roof. This became particularly useful

during the pandemic. During the lockdown, the merchants took the hit with shops being shut

down. In such times of despair, anxiety, and hopelessness Byloapp proved to be their savior.

With its online mode of marketing, Byloapp played an important role in bridging the gap between

the merchants and the customers.

organized city-specific hyperlocal business awards, and is planning to host a talk show and

digital magazine. The initiative has seen an overwhelming response from the merchant

India. And that too in a time span of 2 years that saw the nation’s two major lockdowns. Steering

its way through the hurdles in its way, this startup seems unstoppable in its mission of making

As the CEO of this unicorn potential startup, Rohit wants to change the perspective of the youth

entrepreneurs and founders rather than reel-life celebrities. Rohit is trying to do that too with his

platform by acknowledging the local businesses as the supporting pillars of the local economy.

From the rock bottom to the top, Rohit’s journey is a truly inspiring story for the youth and every

budding entrepreneur of India. Proving that life is a lot like running a Startup, you need to

bootstrap yourself, innovate, and keep moving even when the winds are not in your favor.