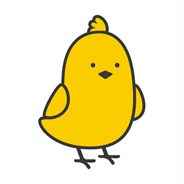 National, July 21, 2021: A Yellow Tick on Koo recognises and celebrates a user’s eminence, stature, achievements, abilities and professional standing in Indian life. It implies that the user is well-regarded in the Indian framework – be in an artist, scholar, sportsperson, politician, businessperson or any other field.

Koo welcomes all those on the platform to apply for Eminence, as the Yellow Tick is known, at Koo. Requests for Eminence are evaluated based on internal research, third-party public resources and in the Indian context. Eminence criteria are reviewed by a special team at Koo in March, June, September and December each year. As on date, the Eminence Yellow tick has been confirmed for approximately one percent of requests received and these eminent voices are given prominence in their respective language communities. This points to the rigour and importance Koo lays on ensuring that Eminence is not misued or granted at will.

Shedding light on the criteria for Eminence, Aprameya Radhakrishna, Co-founder and CEO, Koo, said, “The Koo Eminence Tick is recognition that the user is a significant representative of the voices of India and Indians. We have formulated the process keeping India’s local realities and are committed to ensuring transparency to maintain a user-base that is verified and acts responsibly while interacting online.”

Adds Mayank Bidawatka, Co-founder, Koo App, “We are proud that Koo has made its criteria for getting the Eminence available in the public domain. Since Eminence is evaluated in the Indian context, it gives Indians a better likelihood of being able to get the Yellow Tick. This is a significant step towards making digital conversations interesting and constructive.”

The app is available for users to download on the mobile App Store. Users have the option to register using either their mobile number or email ID. Once registration is complete, they can follow their favourite celebrities, athletes, politicians, entertainers and thought leaders on Koo. Koo empowers users by allowing them to communicate in their native languages, should they wish to.

About Koo: Koo was founded in March 2020, as a micro-blogging platform in Indian languages. Available in multiple Indian languages, people from across different regions in India can express themselves in their mother tongue. In a country where just 10% of India speaks English, there’s a deep need for a social media platform that can deliver immersive language experiences to Indian users and help them connect. Koo provides a stage for the voices of Indians who prefer Indian languages.