India, September 2021: Lionsgate Play, the premium streaming service by Starz has announced the acquisition of the Oscar winning movie ‘The Father’ that will be streamed in India on Friday, 3rd September exclusively on its platform. The film that won Anthony Hopkins his 6th Oscar nomination and second win saw a staggering success at box office. Further, the cast ensemble Olivia Colman, Mark Gatiss, Imogen Poots, Rufus Sewell, and Olivia Williams in the lead. Directed by Florian Zeller and co-written by Zeller based on his 2012 play ‘Le Pere’ with fellow playwright Christopher Hampton, the film takes us on a journey into an unsteady world that is just as real. The film garnered a stellar rating of 8.3 on IMDB and 98% on Rotten Tomatoes. 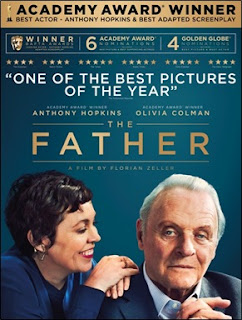 The story revolves around Anthony (Anthony Hopkins), a mischievous 80-year-old living alone who develops dementia. Anthony is unwilling to take help from his daughter Annie (Olivia Colman), who finds it difficult to stop by daily. Unwinding the reality, he begins to doubt his loved ones and struggles to accept his condition. The lead character Anthony battles to come to terms with the truth of his mental health condition that has clouded the lines between his past, present, and future.

Commenting on the acquisition Amit Dhanuka, Executive Vice President at Lionsgate “We are ecstatic to present to the viewers of Lionsgate Play the Academy award winning movie The Father. This is yet another feather in the hat, as we have stayed true to our promise of delivering high quality premium content in India. The Father is an empathetic tale of an elderly person losing his memory, showcasing the real struggle of a person suffering from dementia. We hope that the film’s powerful storytelling, help our audiences find moments of hope and inspiration during these challenging times.”

Besides Winning Oscars for Best Actor and Best Adapted Screenplay, the film was recognized globally and bagged numerous awards and nominations across Golden Globes, Baftas and many more. Watch the Trailer here: https://www.youtube.com/watch?v=OFnoRaLAclg

 “Anthony Hopkins gives a scalding performance as a man stricken by dementia in this clever drama.” Jeannette Catsoulis, The NYTIMES

 “Actor merges with character in a performance that’s astonishing and inspiring in equal measure.”

 “Anthony Hopkins is unforgettable. A towering piece of acting that is as precise and exacting as it is enveloping.” Richard Lawson, VANITY FAIR