Gearing up to expand the countrywide popularity of PUBG IP 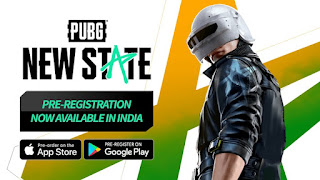 In response to the heavy excitement and strong support of the Indian fans for the PlUBG IP, KRAFTON decided to expand the regions for PUBG: NEW STATE pre-registration following the launch of BATTLEGROUNDS MOBILE INDIA.

PUBG: NEW STATE Executive Producer Minkyu Park said, “Knowing that PUBG IP from KRAFTON is enjoying countrywide popularity in India and our Indian fans have high interest in the launch of PUBG: NEW STATE in India, we at PUBG STUDIOS are doing our best to offer a battle royale experience only we can deliver based on the stable service for our Indian fans."

KRAFTON has been investing heavily in the development of Indian gaming, esports, and IT entertainment industries with the establishment of its Indian office. The company invested a total of 70 million USD this year in the Indian IT sector including the leading Indian esports company NODWIN Gaming, the game streaming platform Loco, and the Indian No.1 web novel platform Pratilipi.

More information on PUBG: NEW STATE is available on the official website (http://newstate.pubg.com).