These veteran artists cherish their cameos of Wagle Ki Duniya

Sony SAB has brought back the legendary yesteryear show Wagle Ki Duniya in a rather refreshing avatar. Within a week, the show has impressed not just the viewers but also some veteran actors who played important cameos when the show first went on-air. Featuring Sumeet Raghavan, ParivaPranati, Aanjjan Srivastav and Bharati Achrekar, ‘Wagle Ki Duniya- NayiPeedhi, NayeKissey!’ is a total entertainer, highlighting the everyday troubles of a common man’s life in India.

The show, that focused on musings of a common man, along with its mainstays Aanjjan Srivastav and Bharati Achrekar also witnessed impressive cameos from Shah Rukh Khan, Virendra Saxena, Achyut Potdar and Narendra Gupta among many others. 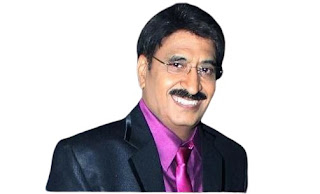 Here’s what celebrated actors of the television industry, Virendra Saxena and Narendra Gupta have to say about the return of Wagle Ki Duniyaon Indian television and RK Laxman’s achievements.

Virendra Saxena, famously known as Jassi’s father, said, “Wagle Ki Duniya was a very important show for me because I had just come to Mumbai at that time. What was even more special was that the show was being directed by Kundan Shah, who I knew previously. He was a very creative person, who also gave us that liberty to improvise and that made the entire experience even more fun.”

Sharing his experience being a part of the show, he said, “I come from the same kind of family that was depicted in the show. I had seen the life of a common man, especially my father’s and hence, I could relate with the show and the story even better. The entire experience of working on the show was very unique. While my scenes were generally with Aanjjan, we didn’t have that time to interact in a candid manner since all of us used to be in our characters. Kundan Shah had a very different way of working. He wouldn’t give you much time that everyone could sit together and talk. He would always try to make every scene better.”

Talking about RK Laxman in his centennial birth year, Virendra said, “Working in one of Mr. RK Laxman’s creations has been an honour. Even today, I have almost 400 cartoons by RK Laxman saved with me. Ajay Kartik, who originally wrote Wagle Ki Duniya, still has that chair on which RK Laxman used to sit and work. So, once when I went to visit Ajay Kartik, I told him that I wanted to sit on that.”

Narendra Gupta, popularly known as Dr. Salunkhe, shared, “It was a wonderful experience working in few episodes of Wagle Ki Duniya. The entire team that put together this show was amazing to work with. Wagle Ki Duniya like a milestone in television, as it was a show that had humour, satire, and a lot of other interesting elements together.”

“RK Laxman has been a gift from god to India and it is my privilege that I got to be a part of one of his creations. He was one of the finest cartoonists in the world. He would present even the smallest thing in such a detailed and impactful manner through his cartoons. Every person in India had started associating with his common man and that, in itself, is amazing. I am glad Sony SAB has brought back Wagle Ki Duniya, especially in 2021, which happens to be RK Laxman’s centennial birth year,” he added

Talking further about the depiction of the common man in Wagle Ki Duniya, Narendra said, “A common man’s problems are still the same, but the perspective has changed today. Technology has changed a lot for people today. The common man does not have to face the same issues that theydid earlier, but other issues have replaced them.”

Wagle Ki Duniya- NayiPeedhiNayeKissey! Will surely make you laugh on your own problems. Watch it on Sony SAB, Monday to Friday at 9 PM